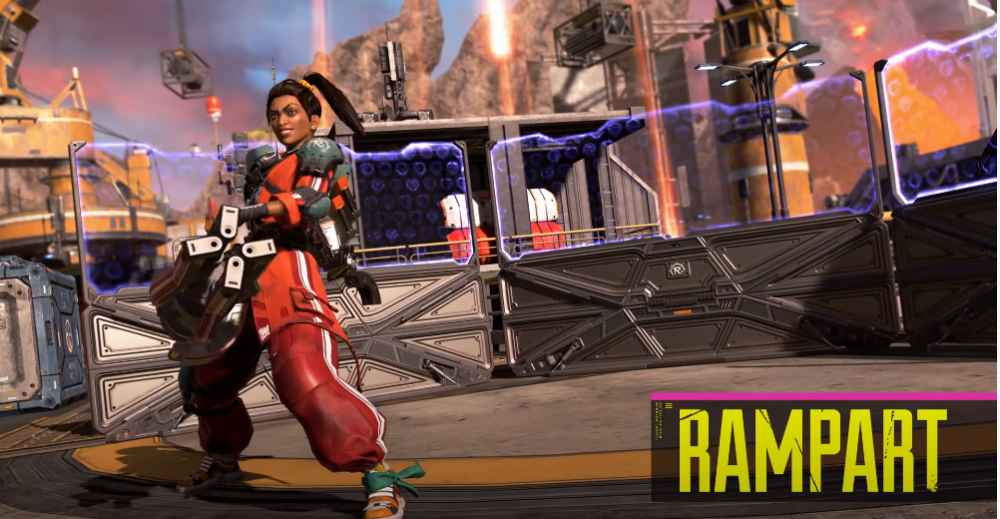 The brand new Season 6 vigorous ‘Legend’, the one and only ‘Rampart’ was let drop earlier this month. Respawn often gave a few bits and teases for the distinctive special abilities of the all-new operator Rampart before. But It is for the first time ever that the complete details have been disclosed on the operator.

The official bio of this super exciting operator reads as:

“Rampart is a blue-collar, private business owner who just needs a big gun and a backpack full of scrap metal to get by in the dangerous, wild west world of the Outlands. Before opening her popular modding shop on Gaea, Ramya Parekh (Rampart for short) made a name for herself in the underground gauntlet circuit. Parekh climbed to the top showcasing pure skill using her custom-modded gear. She began taking jobs from smugglers, Syndicate members, and everyone in between. Some say it ain’t great unless it’s got ‘Rampart’ written on it.”

Rampart will be’ 14th character among the list of powerful operators or ‘Legend’.

Rampart’s original roots trace back to India. Rampart is one geeky engineer. Her original name is ‘Ramya Parekh‘

Apex Legends’ One And Only Rampart’s Quirky Abilities!

Usually, as per the requirement, Rampart places Covers and Weapons. Previously, very little was revealed about the Weapon Modder. Now, We know that in Season 6, she is going to be able to build equipment and fix it using the new Crafting Mechanic.

Special abilities for Rampart are as following;

One can deduce from Rampart’s abilities that she can be used ideally for ‘defensive-minded teams’ who want to consolidate at one place and fight off the enemies!

So here we are, just a few hours away from the long-awaited brand new Season 6 operator Rampart and her super cool abilities. With the new and eccentric Rampart, it is no doubt that ‘defense’ is surely going to be the new kind of ‘offense’! Let us see how she shakes up stats for the game.

What do you have to say about Rampart’s new abilities? Do you think she can be used as a ‘game-changer’? Let us know in the comments what you have to say.

Continue Reading
You may also like...
Related Topics:Apex legends, Rampart abilities, The last of us II

New skins leaked for Fall Guys: Ultimate Knockout!
Last Of Us 2 :Third Most ‘Purchased’ Game Of Playstation!
To Top