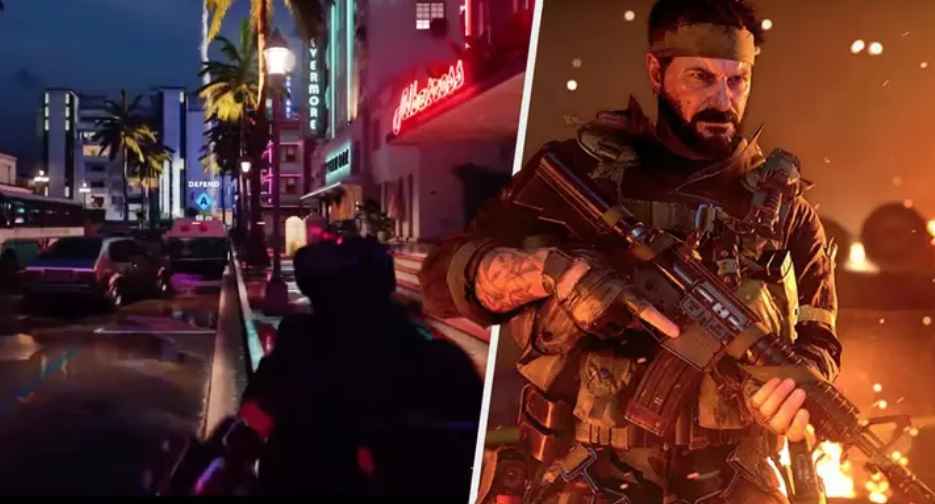 Unexpectedly, without any pre-plan or announcement, a little snippet of the multiplayer gameplay of the upcoming Call Of Duty Black Ops cold war was revealed.

The gameplay unexpectedly went live by a famous Twitch streamer DougIsRaw, last night. It seems it was an accident as it was immediately taken down by either twitch or Activision. The running time of the stream was a total of seven minutes.

Rumors claim that there won’t be a prestige system in the upcoming game, The first footage of Cold War’s multiplayer has appeared online.

Officially the only footage we’ve been shown so far is from the story campaign for Call Of Duty Black Ops Cold War.

But the game is actually due to be released in more than two months’ time.

The video also turned up on YouTube and Reddit with the lack of details and information and shows a mode called VIP Escort, the objective of the mode seems pretty self-explanatory.

The map seems very inspired by the ‘80s movie classic Scarface hence it is set in Miami.

The footage doesn’t seem to be fake at all but is it the same footage that will be shown during the official reveal next Wednesday is not sure at the moment.

Although we.ve posted the footage above, we’re not sure how long it will be before Activision takes it down. Activision has ensured the removal of footage since DougIsRaw’s stream.

But hey, be warned. It is highly likely that the video shall get taken down, but at the time of writing, the footage is live.

In the trailer, what looked like the FAMAS assault rifle in action was spotted in action, while The map in the video seems to be the previously leaked Miami Nightclub.

As for the mode being played? It seemed as if a team of players was trying to capture and defend different objective points like in a team-based game.

Obviously, like any other game, without having played it, criticism and support in of every kind is pouring in equal measure.

There have been comments criticism about its “floaty” physics and arcade-style gameplay while others were hailing it as a return to a good form for the franchise.

Everyone knows that developer Treyarch has made a few multiplayer that didn’t get famous, hence, I think the next Call Of Duty is also going to be a good hit.

With rumors claiming about an open beta on PC, Xbox One, and PS4 sometime in October, Call Of Duty Black Ops Cold War officially launches on November 13th.

Also, Some recent details showed alleged specialist weapons and scorestreaks revealed by a reliable Call Of Duty leaker that’ll be appearing in Call Of Duty Black Ops Cold War. Read all about it right here .

Fall Guys Is Getting A Hammer Named Big Yeetus In A New Update!
Get The Epic Open World Adventure RPG ‘Witcher 3’ Free For Next-Gen Consoles!