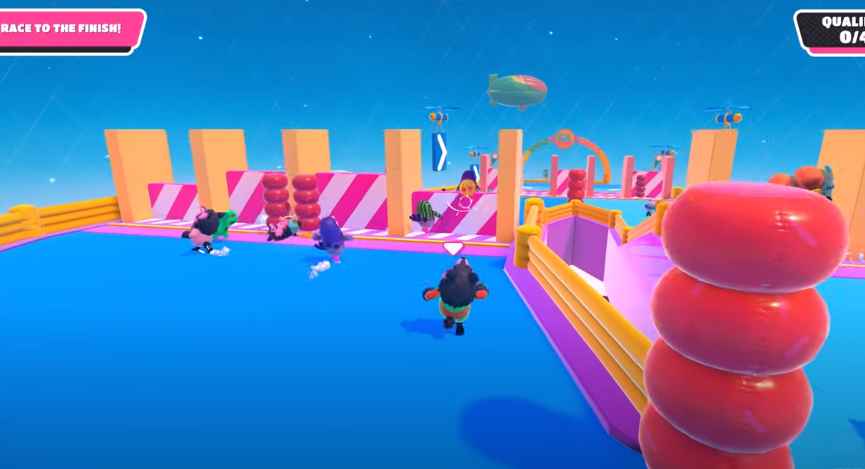 Fall Guys Is Getting A Hammer Named Big Yeetus In A New Update!

As the Season 2 of the game is getting closer, It seems to be hammer time in Fall Guys.

According to the game’s official Twitter account, Fall Guys which is the highly loved online battle royale game is getting a new addition in the form of a giant fast-moving hammer known as Big Yeetus. Big Yeetus is a huge, randomly spawning hammer.

Fall Guys already had too much-randomized chaos as we trod carefully in Tip Toe, slipped down Slime Climb, grabbed some ouefs in Egg Scramble, and now with Big Yeetus, being “yeeted” backward or forward across the course, your life might get much better (or worse).

And that spicy leak takes the form of going by the name of ‘Big Yeetus’.

Big Yeetus is Described as a “chaotic neutral”, by which it seems to be neither a friend nor an enemy and is basically just there to wreak havoc.

In order to get some idea of how Big Yeetus works, check the clip below a player actually manages to use the hammer to their advantage in map in Dizzying Heights.

I've got a SPICY LEAK for you all

We're working on a little something that we have been calling…

Big Yeetus will randomly appear in levels – to shake things up

Big Yeetus is not your friend

Now you have been warned.

The hammer shall be a divisive feature as it will appear “randomly in levels to shake things up.” As “Leaked” in a post made yesterday. Sometimes, it shall help the players in their effort to reach the finish line, or it may cause resistance by, yeeting them back a fair distance when it strikes.

At the moment, there’s no confirmation as to exactly when the Big Yeetus shall be featured in the game. Actually, the official Twitter account of the development studio Mediatonic has boldly said that it is “not offering press comment” on the existence of Big Yeetus at the moment.

In any way, having already revealed a medieval-themed Season Two of content coming in October, it’s clear that the team won’t obviously rest on the huge success of the game and hide the details for the ‘big yeetus’.

The new “spicy leak” also reminds us of the chance that developers plan on making some changes in existing stages with a fresh look of paint this and a lot of new skins and new stages are coming.

There are reports also claim that Fall Guys is “ready to go” for Microsoft’s Xbox One, and could also be preparing for PvP multiplayer because Being able to Yeet your mates across the map has been a feature that players have been requesting for so long.

No doubt that there’s a ton of stuff coming in Season 2 for fall guys, Big Yeetus looks like it could be one of the most exciting introductions to the game.

Fall Guys is released on for PC and PlayStation 4 and started the week by seeing through their Battle of the Brands competition, it raised $1 million dollars for gaming charity Special Effect.

Are you excited about the new feature coming in the game? Let us know in the comment.

Epic Car Crashing-Soccer Game Rocket League Is Going To Be Free-To-Play, That Too Without PS+ Or Switch Online
Multiplayer Footage Of Call Of Duty Black Ops Cold War ‘Leaks’!