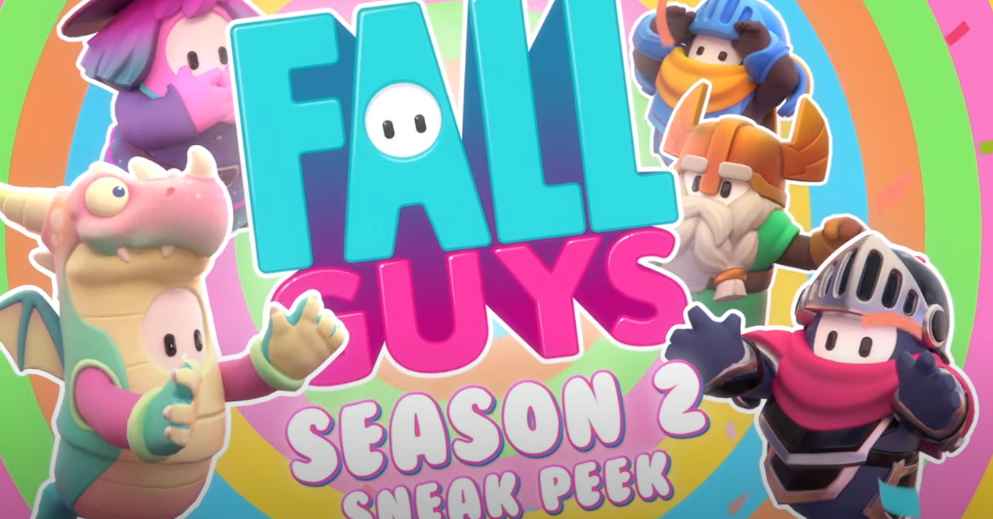 Fall Guys New Costumes And Stages On The Way With Season 2!

This fall during the Gamescon Livestream, Fall Guys was Revealed.

As of now, my favorite lunchtime distraction is the new colorful game Fall Guys. Thanks to its amusing and fun nature and me not having to worry about a pathetic lag that might ruin my any hard-earned chance of an accurate headshot that’s surely knocking out my opponent.

The best thing about Fall Guys is that first It’s very cute, secondly it is so simple that anyone, with a bit of attention, has a GOOD chance of winning. One just needs to simply apply basic intelligence towards the obstacles in the game. Well, perhaps this is the reason why never got to be number 1 in the game :D.

With PC having earned millions by means of sales, Thanks (but no thanks) to Pandemic of COVID 19 outside, and people being desperate of good old games, Fall Guys has become the most downloaded game on PlayStation Plus of all time. The game have been such a successful hit by the Developer Medatonic. Obviously, now with a second season of the Fall Guys, they want to keep the ball rolling further.

The theme of Fall Guys Season 2 is going to be Medieval.

Now with games’ Season 2, you can turn your jelly bean-lookalike characters into cute Viking, Witch, Dragons, Wizards, and Knights with new costumes.

Too cute to handle, no? your funny little jellybean avatar shall have a lot of dodging moving axes, climbing moveable sea, traveling across the giant drawbridge, playing tail tags in castles and block-pushing in upcoming Season 2, as you race for the last bean standing prize.

Season 2 for Fall Guys is to begin sometime in October.

This is going to continue as Each season of the game will have a unique theme, and with it, new costumes shall be introduced to dress your bean up.

If you’re one of those guys who still hasn’t played this game yet, there’s still a chance to get the game all for free on PS Plus before it gets replaced by PlayerUnknown’s Battlegrounds and Street Fighter V in September.

Game’s developer Devolver Digital has now offered a sneak peek at Season 2. Quite shortly After leaving fans with astonishment by revealing that its characters are actually six feet tall.

Season 2 won’t be coming for more than a month, it shall have more costumes and stages inspired by “epic quests,”  when it does actually releases.

During Opening Night Live the Fall Guys segment Despite being hyped beforehand was short. It only showed new content during a brief clip.

Despite new obstacles and maps, Many of the same games are also returning. Those include games where you have to grab and move platforms and ramps around to climb on them and jump through a flying ring that’s out of reach otherwise.

Joe Walsh who is the lead designer of fall Guys, started by thanking fans for the game’s runaway success on his Gamescom appearance.

You can expect more content for Fall Guys beyond the second season, because as Joe Walsh had previously promised, a lot of new content was in the making for the game.

You should also be hopeful for the game might release on other platforms for all regions of the world. Because as you might know that, in China, a mobile version of Fall Guys is in the works.

There is a big chance that some stages in the game might retire or get repurposed in Fall Guys. during Season 1 The game has already received some major tweaks.

Get Ready To Dogfight With New Star Wars Squadrons, Trailer And Details Released!
Cheer Up, Scarlet Nexus Is Here!