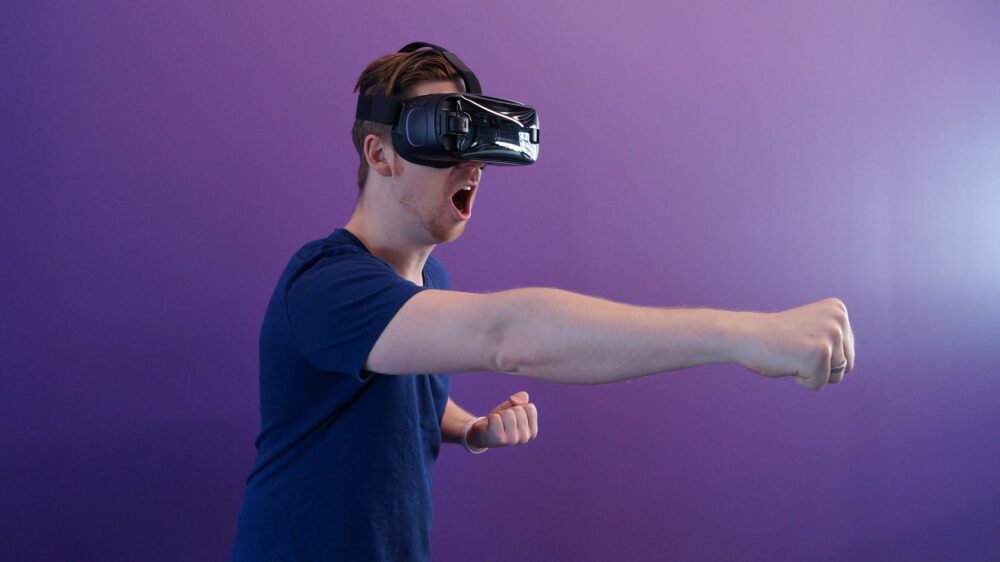 Virtual Reality set has been a grand introduction to the gaming experience, elevating one’s participation in-game. The first VR headsets have been around since 1968, however, only several years back did VR headsets become accessible to gamers in terms of usability and cost. Today, a number of video games are compatible with VR headsets, and the Eneba store recommends 5 selections that offer an engrossing dive into beguiling worlds beyond the screen.

Valve’s psychological horror sci-fi game Half-Life: Alyx is one of the greatest choices for adrenaline junkies since there’s not a single moment of relief. Set in the futuristic world where abhorrent aliens are taking over, you are Alyx Vance and the only light of ray, inspiring hope for mankind facing its extinction. The events take place between Half-Life and Half-Life 2, and you are facing The Combine’s absurd control over the world along with the forces of resistance you managed to unite over the years. Is there hope for mankind? It’s all in your hands.

The VR gameplay involves many features and mechanics to keep players engaged, such as world exploration done through incredibly mesmerizing first-person view, puzzle-solving, and the objects within the in-game environment that are interactive. In fact, you can fully utilize FPS elements in Half-Life: Alyx so combative encounters are as brutal as they can get. Twisted enemies may be lurking behind every corner, and gore is something you just can’t avoid in this game, so be prepared for an incredible experience once you put on your VR headset and enter Valve’s imagined world of dystopian terror.

Developed by talented SUPERHOT Team studio, this title transforms into one of the most mesmerizing plays with a VR headset. Superhot is a cyberpunk FPS game with intricate and unique physics that are enriched by gameplay features like time manipulation. Here you will find no regenerating health stats, only a myriad of enemies and shifting motion as you are attempting to shoot them down. The game revolves solely around the odd physics mechanics that prove to be challenging and demand many replays until one can master the whole motion system in Superhot.

With VR, all the shifting and precise motions performed by you and enemies plunging at you are bound to feel surreal to an incomprehensible point but what matters is that it feels extraordinary. Everything moves in glacial speed, and all your movements take place in real-time, and it’s not so much about delivering a shot as shooting your opponent in the right order for their bodies to fall apart before your eyes. If you’re up for some atypical challenge and a rather surreal feeling binding you throughout the gameplay, Superhot VR is the right choice.

Hello Games created one of the greatest space exploration games out there with spellbinding sceneries that take the breath away during regular gameplay, so with a virtual reality set, the experience is bound to be no less than sublime. No Man’s Sky is a sandbox type of procedurally generated open-world survival game where players explore the universe, and to survive, have to craft tools and fight their way out of dangerous situations. That’s where FPS elements come into play. Hauntingly beautiful, the atmospheric world embraces players in both single-player and multiplayer campaigns.

If you ever wondered what it’s like to feel the vastness of the space, No Man’s Sky VR does exactly that. Space exploration is simply taken to a whole new level with a virtual reality set as you get to fly between colourful planets and explore local fauna and flora through the most immersive perspective possible. A huge bonus is that developers from Hello Games made sure that the controls are fully compatible with VR, so proper motion as you grab, walk, and generally move ensures a smooth gameplay experience. If you’re a fan of space and have a VR headset in possession, then No Man’s Sky is a choice worth considering.

Explorations, horrors, and shootings aside, one can immerse themselves in adrenaline-fueled races, too. Bandai Namco studio’s driving simulation Project CARS 2 delivers photorealistic gameplay set in an open-world with dynamic surface and weather physics. Technically advanced features create a rather difficult gaming experience, however, rewarding in the sense that each effort yields results and victories are well-earned. For a true racing fan at the core, this is the ultimate experience. Praised for its realism, the game offers quite a memorable time spent in the VR world of Project CARS 2.

If you want to experience stunningly realistic gameplay in the seat of a driver, then this is the game for the win. The graphics of Project CARS 2 are not merely realistic – the roads and routes are crafted with utmost precision and attention to detail. The terrains are affected by changing weather conditions that add refined depth to the visuals and racing experience, and driving with a VR set on compares to being behind the wheel, at times, to a terrifyingly realistic point. The game is worth the praise it receives, definitely, but if one desires to experience the best of what Project CARS 2 has to offer, a VR headset is the right approach.

Unknown Worlds Entertainment’s rollicking title Subnautica is an open-world survival game that mixes the elements of sci-fi, sandbox, horror, and indie. The video game takes players into the underwater world inhabited by a variety of alien species. Players get to explore the depths of seas and oceans of the planet called 4546B, and to survive, must craft tools, build infrastructure, and… Avoid getting killed by the vicious creatures of the sea. The predators come out to play with the entrance of the night, and that’s where the true danger begins.

The waters in Subnautica vary from shallow coral reefs to bio-luminescent trenches that harbour many secrets. With the VR headset on, the underwater world becomes something otherworldly, the colours taking a breath away as you explore the cave systems, coral reefs, volcanoes, and more. The more you explore, the more of the planet’s ancient narrative you discover in this visually stunning world of the alien-infested underwater kingdom. Visually overwhelming, Subnautic is everything a VR gamer can dream of.