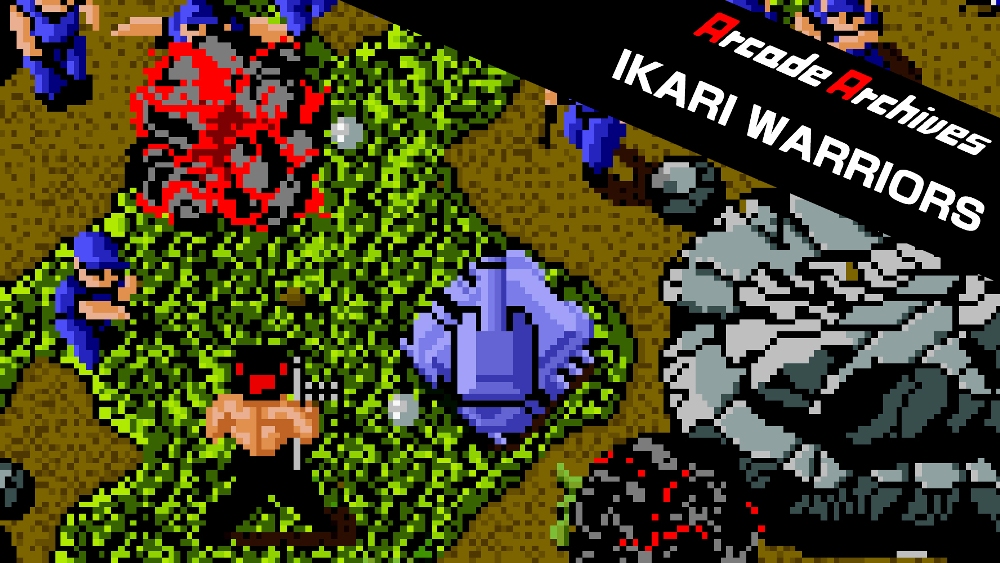 Ikari Warriors is a “Run and Gun genre”, shooting game series developed by SNK . The first game was released for Arcade systems named as “Ikari Warriors”. Due to the instant popularity, it was released for every gaming console of the time NES, ATARI, and also for the PC platform. The game was designed by legendary Japanese game designer Keiko Iju. He made the game taking inspirations from the popular Rambo films.

This quickly became favorite among fans of this genre. This was the first breakthrough in the US for Japanese gaming company SNK. Ikari Warriors was released in Japan by a slightly different name “Ikari”. At the time of the release, there were many games similar to this genre, e.g“Commandos”. But what made Ikari warriors really special was the introduction of rotary joysticks and simultaneous play of two players.

The main characters of the Ikari Warriors are Ralf, Clark, and Commander Kawasaki. Among these Ralf and Clark were the playable characters as main protagonists of this game. Their military commander has been kidnaped by the Neo-Nazis. The primary mission is to rescue the Commander, kill and destroy every enemy soldier and asset in their way. Upon success, they leave the region and rescue to their native country on an airplane. 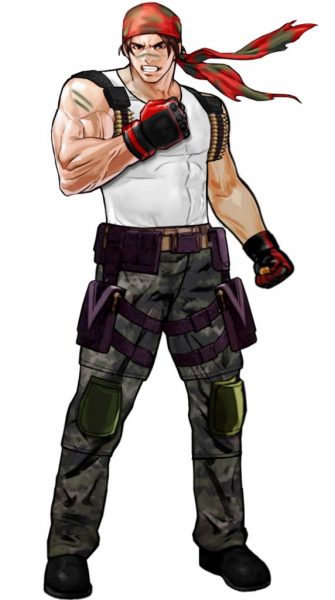 He is a colonel in the army and has a blue bandana as his distinct feature. The full name of Ralf is Ralf Jones.

Clark Still also known as (Clark Steel) is a second lieutenant and has a blue bandana.

“General Kawasaki” is the commander who is to be rescued. This character’s name is an homage to the SNK company’s founder Eikichi Kawasaki. He appears at the end of the game as the main reward of the campaign.

“Enemies/Boss” is the enemy appearing in different colors and strengths. These foot soldiers have different strengths and weaknesses depending upon their colors. There are many types of hostile military equipment operated by these soldiers which also act as offensive opponents.

The US and EU versions and had different names of the characters. Ralf’s name was changed to “Paul” and Clark’s to “Vince”. Similarly, Commander Kawasaki was changed to “Commander Cook”. The NES (Nintendo Entertainment System) version of the game has changed names for Both playable characters but Commander’s Name was not altered.

The gameplay was the most spectacular part of the game when compared to the games of that era. It was the first co-op game, which was not so common at that time. This feature made playing experience game more enjoyable with another player playing simultaneously.

This is a vertically scrolling playstyle game. As the players shoot their way forward, it becomes more interesting. Another thing that is more exciting for the players is they have limited ammo, to begin with. It made the game more challenging, unlike the competition which offered unlimited ammo.

The introduction of the joysticks emulated movement for the character in eight directions was completely new at the time. Players could use two different types of ammo. One for gun and other for the grenade. Another competitive aspect of the game was the level design. As players shot their way around, the enemies start appearing in different types, with different damage for the player. Players could pick up perks and ammo as well.

They also introduce an interactive layer for the playing character to use tanks and helicopters. This allowed taking on more enemies. The tanks were immune to bullets and could not go into the water, while helicopters could fly above the water and have weapons systems. If the progress of the players becomes slow, a red dot appears on the screen, and a message is shown “call for fire”. Tanks and helicopters were destructible in this game, and if the player did not exit from them, he had to start again.

All of these factors made the game much more fun and after so many years.

This game is the direct sequel of the Ikari Warriors. The story of the game continues right from where the previous game left off. As the duo of Ralf and Clark (Paul and Vince) are on their way to the home country on their plane, they come across a gigantic storm that ports them in the future, thousands of years ahead. There an alien tells them about an evil lord “Zang Zip”, who has challenged the warriors to fight him. This character acts as the main boss of the game.

This game new weapons and upgrade system. Players could upgrade their weapons by finding upgrade perks under the destructible rocks.

A new feature was also introduced in this. Now, the characters were also rotate-able. Players could perform this action by twisting the joystick on its axis, thus, allowing players more freedom in the character’s movement.

The NES version also had currency in the game which could be collected off of dead enemies and players. The player can use this currency to shop weapon upgrades via in-game shops.

The story of this game is somewhat similar to the first installment of the game. Our heroes have to rescue the daughter of the presidential candidate. The criminal organization is “Crime Ghost”. The top official has 2 best soldiers to rescue the child.

In this game, designers focused more on hand to hand combat of the characters. Weapons are rare to find in this.

In the NES version, the kidnapped child was a boy. And weapons were more frequent than the arcade version. It also had a bonus stage at the end of the game

The game quickly grew on the players and it became the first hit game for another Japanese Games company SNK. It introduced that simple games can be made more interactive and fun. After so many years of the game’s release, it still is loved by the fans equally making it a cult classic.

The game was released on newer consoles on the 40th anniversary of the SNK. Players all around the world still admire these games. Try this game series to challenge your focus and test your warrior side by engaging with multiple hostile soldiers.