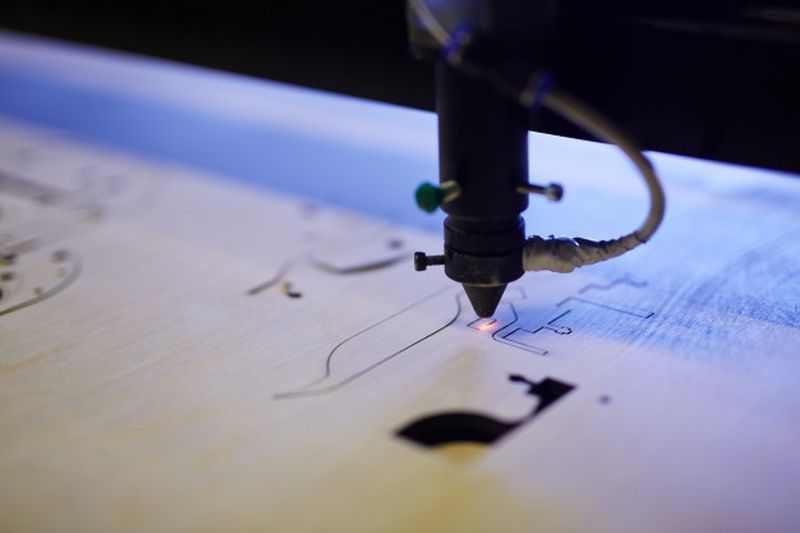 6 Ways Technology Is Improving The Laser Cutting Industry in 2022

Over the last few decades, to say that the laser cutting has grown in popularity would be an enormous understatement. It has become an absolutely essential and irreplaceable part of the world’s industry. Applications of lasers are virtually endless. From corrective eye surgeries and cutting silicon for microchips in our smartphones and computers to crafting automotive parts and finely detailed jewellery – there’s not a lot of things a laser can do.

However, how they work is not common knowledge. The vast majority of people know next to nothing about these technologies and processes. Luckily, all the signs point to that changing in the near future, given the fact of how fast the industry is progressing and developing. We’re here today to take a closer look at laser cutting, what it is, why do we need it and what are some of the latest developments in the industry. Let’s cut right to the chase, shall we?

What Is Laser Cutting?

For starters, let us first answer this question for all of you who may be new to the subject. To put it in simply, laser cutting is just what it sounds like. It’s a process of cutting, scoring, engraving or otherwise altering any material, metal or non-metal (wood, for instance) with the help of light amplification stimulated emission of radiation or laser for short. Even though it sounds very futuristic, this has been around for quite some time. Naturally, it has improved substantially over time. 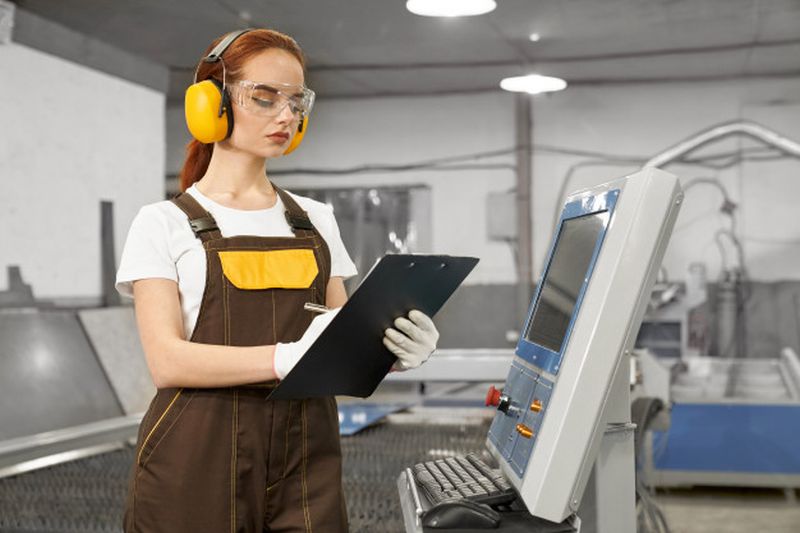 How Does It Work?

Now, this could be tricky to explain, but we will try our best to simplify it as much as possible, but still keep it scientifically true. Now, if we remember what the acronym stands for, we can assume that it has something to do with light focusing, something like when you play with a magnifying glass as a child, only slightly more complex. The starting point of every cutting device is a laser detonator, which creates the beam that does all the cutting and engraving.

What it essentially does is it creates a beam in which all photons travel out of the resonator with the same wavelength and in the exact same direction. That beam is then reflected off of one or several mirrors into the focusing head. From that point, it goes through a number of lenses which focus the beam into a single point of light. When the light is so densely focused it melts or vaporizes anything in its way.

So, how can we improve on this? Do we create more powerful lasers or do we optimize the devices? Well, a little bit of both. Let’s take a look at what did the technological advancements improve or what will they improve when it comes to laser cutting industry. 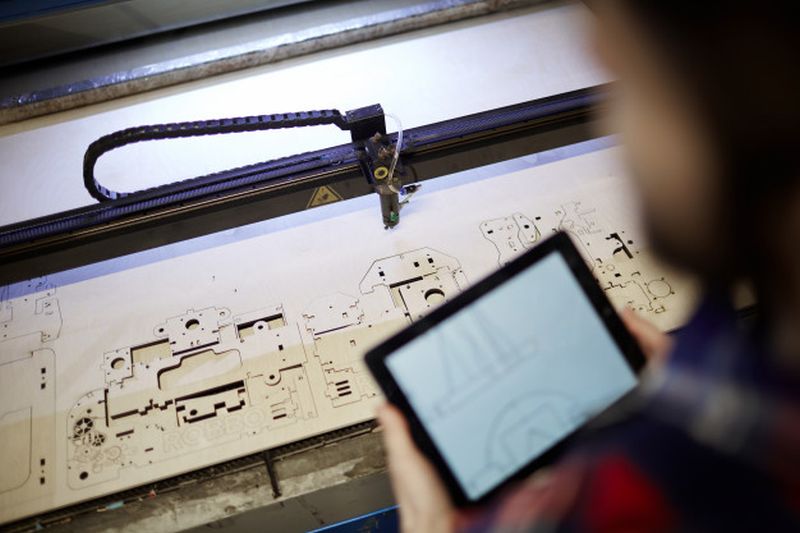 Up until recently, most of the air systems started by using the 150 psi compressor. This was good for a long time, but this limited pressure has meant only cutting at 1/8” or under. Now, with the new advancements, we’re able to use high-pressure air systems with a psi of 400 or 500, which is the equivalent to a nitrogen-based tank. These new systems draw in air from the surrounding environment, compress it and build pressure from it.

This has been proven particularly useful in cutting aluminium and stainless steel. Now, when you compare it to a nitrogen-based tank, the results are identical but the cost per manufactured piece is almost 80% lower since you’re not using the nitrogen, but the air around you. Cost per piece is really important, take laser cut jewelry for instance. If you can cut cost on each piece of the unique beauty created by the laser technology, your profits would skyrocket, according to dxtech.com

Even though there are improvements to the gas laser as we’ve previously seen, they are slowly becoming obsolete and outdated. Crystal and fiber laser are the thing of the future. Crystal is great for high-powered metal cutting, however, they are really expensive and they have the shortest life expectancy. The newest cutting method is fiber laser cutting. Fiber optics are used to produce more powerful and focused laser beams, which not only cut heavier, bulkier materials, but they also allow for much faster and cost-efficient production. 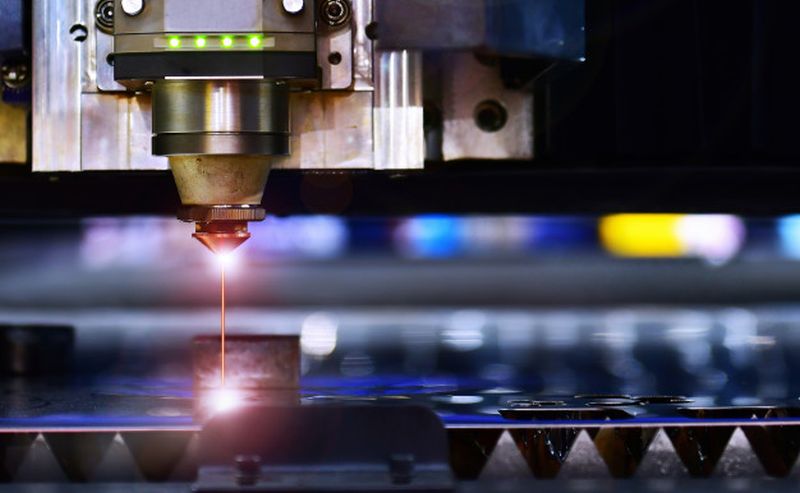 In the same way as laser cutting, 3D printing is rising in popularity and is proving to be very useful in various situations. It is highly likely that in foreseeable future we will see some form of fusion between these two. We’re still not sure as to what can we expect, but we’ll see soon enough.

The kerf width is becoming thinner and thinner as the time goes on. What this essentially means is less material waste, more precise cuts, more variety of application and a significant increase in overall efficiency. Also, constant improvement in software and robotics are making laser cutting devices much easier to use. Which is very important considering the industry is losing its workers faster than gaining new ones.

By developing new types of nozzles, we’re increasing cut speeds while simultaneously lowering gas consumption. That translates into a massive efficiency boost. You save time by cutting faster, you lower the production cost by saving on gas consumption, which ultimately means more product for the same amount of money. Depending on the width of the material that needs to be cut, types of nozzles vary. Three of the most common ones are single, double and low consumption nozzle – each with their own strengths and weaknesses. 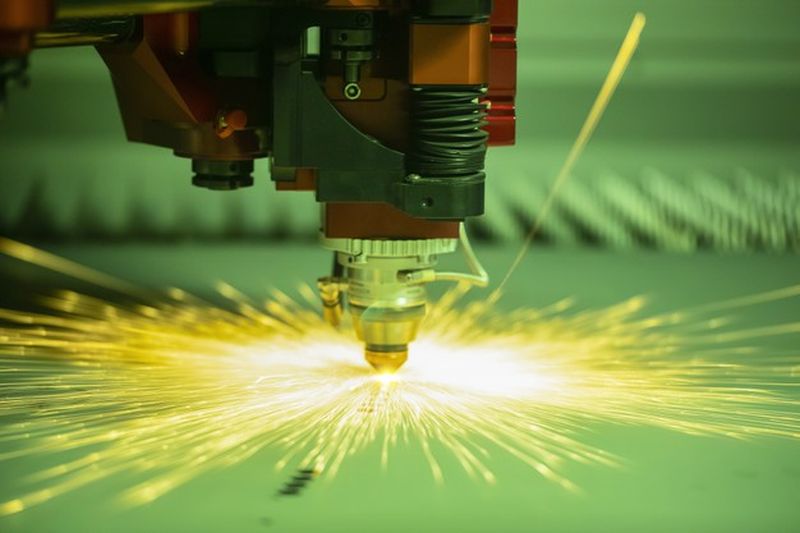 Nicknamed after a frog jumping, this represents the improvement in the idle stroke mode of laser cutting machine. What it essentially means is, instead of doing three separate actions (move up, move laterally, move down) while in idle (meaning non-cutting) mode and moving from point A to point B, you’d save time by making this 3-step-process into one fluid, arch-like motion. The cutting head would simultaneously move up and laterally and start lowering while still in motion, resembling a frog leap.

Laser cutting is far from being a new method and even farther from being an old one. Improvements are constant and we can only be grateful we’re here to experience it all.