Last Of Us 2 :Third Most ‘Purchased’ Game Of Playstation!

Not so surprisingly! , Last Of Us 2 has recently been marked as the third best selling game of PlayStation in the United States.

There are only 2 other games in the competition to the record-breaking Last Of Us 2 in profits and sales are also the PlayStation’s exclusive as reported by the NPD group. The games are Marvel’s Spider-Man, which was made public in September of 2018, and God Of War which was released in April of 2018.

However, there is a catch. One can argue that this is not a fair competition or comparison. It is because both of the above-mentioned titles have been out for far much longer time than the Last of Us 2. The thrilling Last of Us 2 has its own flaming place among other titles.

Last Of Us 2 Success Story

Well, the news shouldn’t be a surprise, at least for the fans. Why wouldn’t the game be successful? after all, It is a sequel to One of the most thrilling with a hard-gripping story PlayStation has ever-present i.e. The Last Of Us 1 or Last Of Us Remastered.

As of June 2022, the rip-roaring Last Of Us 2, was the most speedily selling title in gaming history! While in the UK, the game bagged the title of fastest-selling ‘boxed’ game of 2022.

The thrill and tragedy packing Last Of Us 2 earned, according to one estimate, 76% more than it’s prequel i.e. The Last Of Us 1.

The Post Pandemic based Last Of Us 2 bagged 40% more money than the previous record-holder named as The Animal Crossing: New Horizon.

Critics and Success of Last Of Us 2

One can not discuss the best-loved games without mentioning the critics and the criticism they had to offer for the game.

If you pay close attention, you’d observe that the critics when to all lengths to bash Last Of Us Part 2. they used every trick they had up their sleeves to pull this game down. Sometimes they would spread rumors as ‘leaks’ while other times they would start firey debates on pointless subjects.

But at the end of the day. One can see that justice is done. The game got what it deserved, maybe we owe it to the haters to make it such a hit(for driving unnecessary attention towards the game).

As of now, Last Of Us 2 has close to 140,000 user reviews. And an average Metascore of 5.6. Which is ironic when we look at the game’s success. It is clear that the success came despite the cringe-worthy, too early thousands of Metacritic review bombs.

New Modes and Bonus Content For Last Of Us 2

Earlier, Naughty Dog announced and confirmed Two new modes for tragedy packed Last Of Us 2 plus a Bonus content to refresh the game and add some challenge with a new ‘touch’ to the game.

Fans were excited and anxiously waiting for ‘change up’ in their favorite Last Of Us 2. The developers didn’t disappoint and released Two new back-breaking challenges named as ‘Grounded’ and ‘Permadeath’.

‘Grounded Mode’ is not something new for the old fans as it was also there in Last Of Us 1. With this mode, a ‘lethal’ touch is added to the game by completely removing the HUD. There is more to it, the listen mode is also removed giving it a ‘real’ touch as it forces player to stay attentive and keep their eyes open. Supplies are made more scarce. Pushes you to the level of desperation. Damage is also increased.
The same happens for Last Of Us 2. 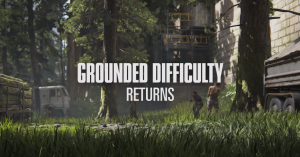 Whereas for the ‘Permadeath Mode’. Well, The name speaks for itself. You navigate through the game carefully, watching all the tragic scenes the game has to offer and you make some silly mistake and die. Guess what? You start ALL OVER AGAIN. You read that right! 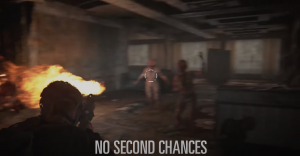 Continue Reading
You may also like...
Related Topics:Last Of Us 2, Popularity, PS, Review, Success