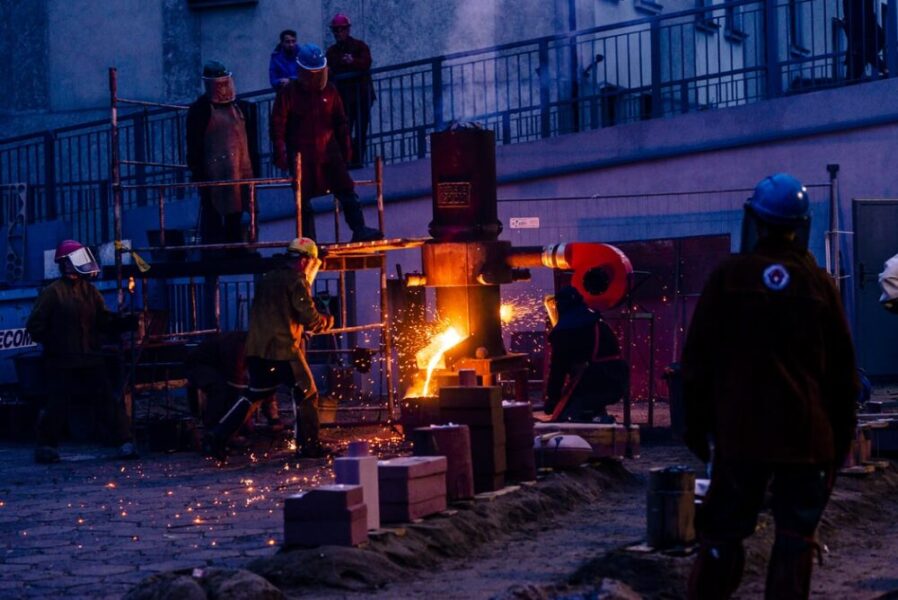 The metal casting industry is one of the most popular ones that date back a long time ago. The production process is widely used all around the world, and millions of people are part of the industry. Even though we use items created with this production, we rarely know how they are made, and we don’t know much about the history and the beginning of the process.

If you want to know more about metal casting, and if you are interested in learning some interesting facts, you’ve come to the right place. Here we are going to talk more about everything connected with it, starting from the oldest relic up to today’s foundries.

When it comes to metal casting, many people believe that it is something new that was discovered and used not more than a few hundred years ago. In reality, this is an extremely old process, and people have been using it for more than 5 thousand years.

The oldest relic that has been found that proves this process was used thousands of years ago is a frog made from copper and it dates from around 3200 BC.

Another interesting fact is that this whole industry is actually of great economic value. In the United States alone, it is said that each year it contributes more than 500 billion dollars.

When it comes to exact values, recent researches show that it is the biggest economic sector because every single dollar that is put into the manufacturing process produces about 1.40 dollars of the economic value. This shows that the profit is extremely big, unlike many other leading economic industries. 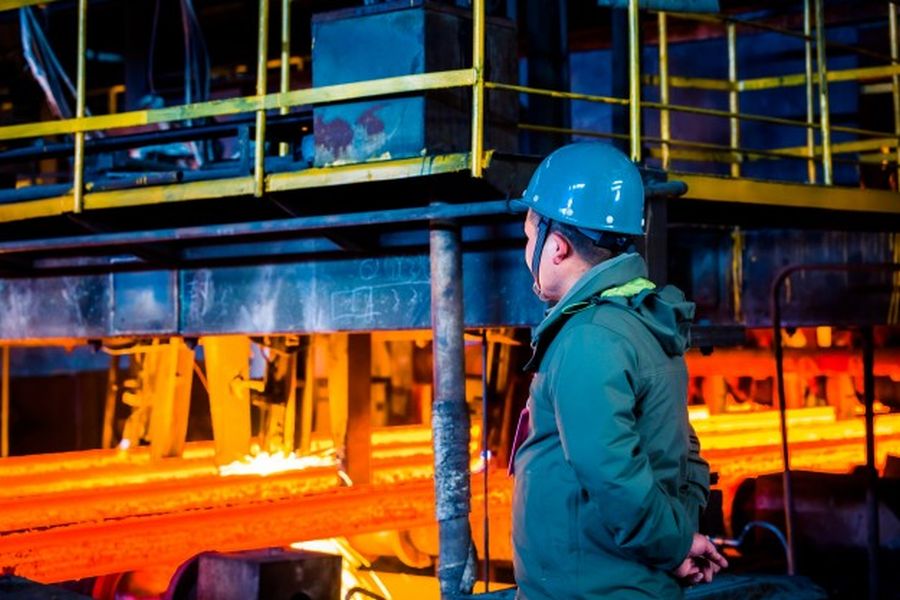 This is not something that many people know about, but the first book that was ever published on metal casting was actually written by Vannoccio Biringuccio. Historians are not exactly sure when this book was written, but it dates around the mid-1500s.

In this book, the sand-casting process is explained, and it is said that this book is still used to learn the basics of the process, and how things should be done.

As we mentioned before, this is an extremely old process, but it was not always this popular. Nowadays, more than two-thirds of the casting is produced via sand casting, but the whole process became popular and widely used at the beginning of the 20th century.

The Ford Motor Company made more than a million vehicles with this process in the early 1920s and from there, other companies started implementing it into their production. Nowadays, most of the manufactures in the vehicle production industry use metal casting to create car parts. 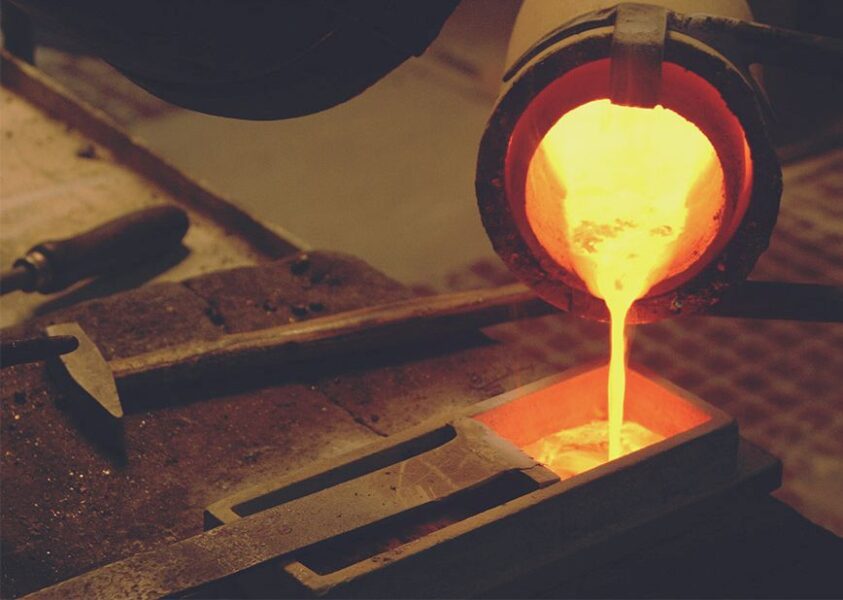 Nowadays there are a lot of places where this process is extremely popular and widely used, however, not every manufacturer prefers it. There are not too many good casting Foundries in China, but it is said that those who utilize this procedure are some of the best foundries in the world. Visit Dawang to see some of the best ones.

Shell mold casting is one of the most popular processes in many countries around the world, and the reason it is being one of the best ways to produce high-quality items, without having to increase the budget and the overall costs.

This procedure is used in millions of foundries all around the world, and it is also used in dozens of the most popular and leading economics. As we mentioned before, nowadays it is extremely popular in the automotive industry, and it is said to be the backbone of the economy.

It is said that with it more than 90 percent of the durable goods are created, which means it is preferred for creating things that are supposed to last for more than just a few decades. One interesting fact is that every person is no more than 10 feet away from something made with metal casting no matter where they are and what they are doing. So, if you look around you right now, you will be able to notice at least one item that was made with this type of production.

Note that you don’t have to look for large items, because this production process involves anything starting from the smallest of parts including screws and bolts, up to nuclear plants and medical devices. In addition to this, many of the toys today are made with it, and people keep extremely rare and old collectibles made with metal casting.

Now let’s talk about the whole process of casting. To create items from metal, the first thing that needs to be done is a mold. There are a lot of different types of mold, starting from sand ones up to shell casting. Depending on the products, the size, overall budget, and type of metal used, the right type of mold is chosen.

After the mold is made, the metal needs to be melted, and then carefully poured into the mold. It is said that all major metals can be easily cast, and it just depends on the size, complexity of the items that need to be created. When the metal is hardened, it is carefully removed from the mold, and it needs to be properly finished. 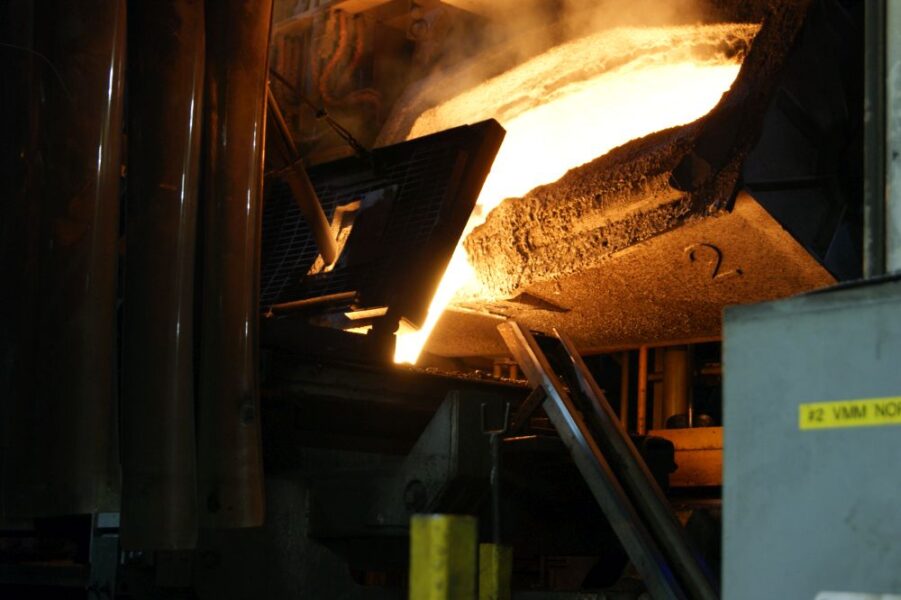 Nowadays the most popular metals for castings include steel, aluminum, and iron, and if you walk into your kitchen, you can see that there are many appliances, as well as cooking items that are made with it. Depending on the complexity, millions of items can be produced in a foundry per day, and it is said that this procedure is going to become even more popular in the future.

These are some of the most interesting facts about the industry, and if you are interested in learning more, you can dig deeper and find more things that will maybe interest you in creating or purchasing items on your own. The whole industry is good for the planet, and most of the molds can be reused or recycled. The parts that are created can also be recycled, and because of it, more and more manufacturers are choosing it as one of the greenest processes.