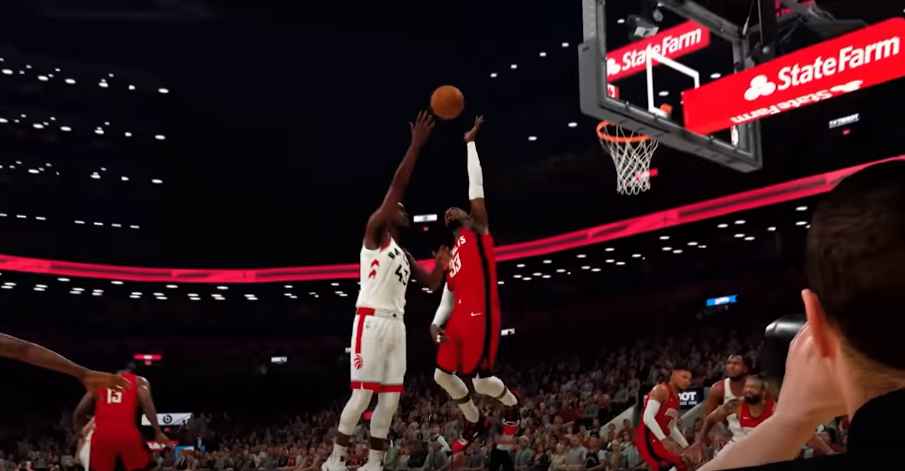 The wait for many NBA 2K21 fans is finally over. It is here. Almost. The NBA 2K21 demo is due to be released, without any further delay, today on August 24, Monday.

The exact timings for the United States will be exactly 7 am PT.

And in the UK, that means it would be exactly 3 pm BST, with the new NBA 2k21 Demo available on various digital stores.

The demo for NBA 2k21 will be available for download on Xbox One and PlayStation 4, and Nintendo switch.

The gamers will be able to have their first taste of the new NBA 2K21. But obviously, it shall come with some drawbacks.

The other drawback being that only the current-gen version of the game shall be featured in the demo of 2k21.

So possibly, one could hope that the second version of NBA 2K21 Demo might go live for Xbox Series X and PS5 sometime later this year.

But that is for later. Right now, we only know about the release of Xbox One, PS4, and Nintendo Switch version of the NBA 2K21 demo.

Other than the potential ‘Play Now’ options, most expect to see MyPlayer Builder, archetype systems, and some sort of action in a practice-like environment in the NBA 2k21 demo. This should be enough to make hardcore fans long for the full version which is due to be released on September 4 for current-gen consoles.

The special thing about the NBA 2k21 demo is that the release date is meant to pay tribute to the legend of basketball, late Kobe Bryant. “8/24” is two uniform numbers Bryant wore during his NBA career, also Monday’s numerical date.

As for the full version, The cover photo will feature Bryant for the Mamba Forever Edition of ‘NBA 2K21’

There aren’t any kind of details on the demo as of now, but it’s expected that we’ll be given the choice to play with some bubble NBA playoff teams.

Also, it wouldn’t be totally unexpecting to see the focus of the game on all-time teams or classics knowing that there aren’t any new rosters because of the closure all over due to the pandemic of COVID-19.

A global schedule for all platforms for the release of the official NBA 2K21 launch has now been announced.

Apparently, it looks like that the demo shall be going live on the Nintendo eShop, Xbox Store, and PlayStation Store, all at the same time. but also do check the several digital storefronts just to be sure.

According to news, pre-ordering the full game is not compulsory to have access to this new demo.

There has been no confirmation by 2K about the list of activities that will be available in the new NBA 2K21 demo. Also, it is not known yet if there will be early access to the MyCAREER Mode.

Last year, with NBA 2K20 Demo, it was possible to save and pass any progress made while playing to the full version when it launched in September.

Also, a few times, 2K has released its latest NBA game which also provided a first look at the career story mode with the name “Prelude”.

Unfortunately, This year’s NBA 2k21 demo doesn’t have that ‘Prelude’ title. This probably means that we won’t be getting the same look at the narratives being worked on.

There has been a lot of talking going on by the 2k about the new MyTEAM experience. This feature is due to come with the full game.

With the MyTEAM experience, a different set of stipulations for your lineup shall be there each.

This would be random, because some weeks you may be forced to use players over 30-years-old. While other times you may use a lineup solely comprised of players from the Central Division.

This creative idea is something we are all supportive of.

It shall let players delve into squads that they otherwise would never consider using and stop the same set of 10/12 players all year round.