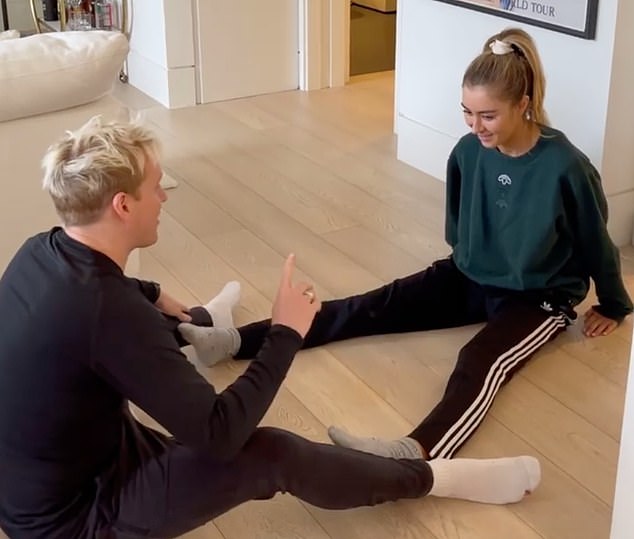 Here’s How You Can Prank Your Significant Other

Relationships are not all about cute little pecks on the cheek, dinner dates, and thoughtful gifts. Sometimes it can be about playful banters, competitive game nights, and well – pranks! Some couples make it a point to test their relationship every once in a while because that’s when they know they are genuinely compatible. Humor can also play an important factor in testing if you are indeed a match!

If you want to test your relationship playfully, pranks are the best way to go! You’re lucky that you came to the right place! We listed down ten playful and hilarious prank ideas that you can do for your boyfriend/girlfriend. We’re warning you; they’re not very sexy! Read on to find out. 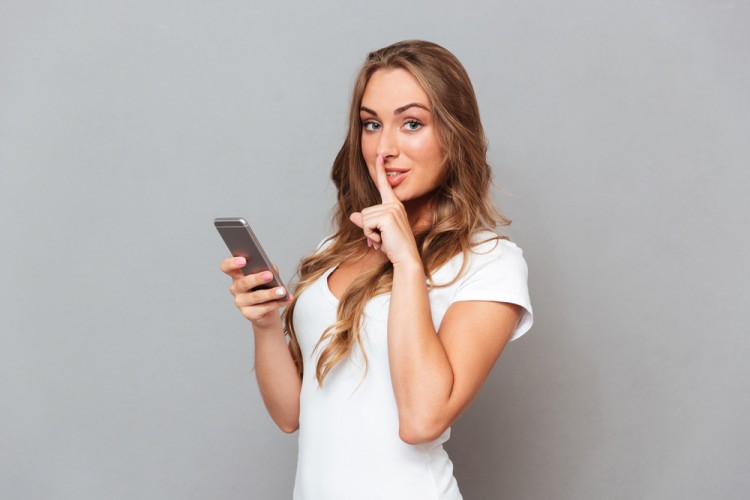 If you want something that won’t take too much effort but is going to keep giving laughs (on your end, mostly) – then prank calls are the best way to go! No, you will not be using your grandmother’s old telephone to call service staff and disturb them while trying to make a living. These prank call apps are best to call your friends or family because they will never know it’s you unless you tell them!

The best prank call app out there is the Ownage Pranks prank call app. It’s made by veteran pranksters that know precisely where to get people. Plus, they value your privacy and anonymity above else!

When you call your girlfriend or boyfriend, typically, they would have your number saved on their phone, which means that you will need a burner phone to have a new caller ID. It sounds like a lot of effort, doesn’t it? With the Ownage Pranks prank call app, you wouldn’t need to think about this because they will provide an unknown caller ID just for you.

When calling, you won’t need to worry about changing your voice to be unnoticed because professional voice actors will deliver the pranks. Did we also mention that there are so many hilarious prank scripts that you can choose from? This prank has everything covered when it comes to prank calls! So if I were you, I would check it out! 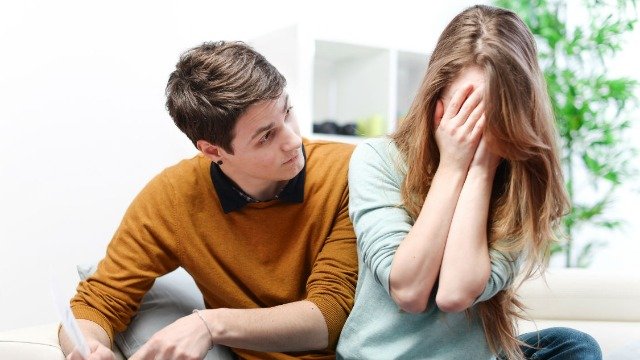 Is your girlfriend the type who wants to keep things clean and orderly? Perfect! Because this prank will surely freak her out. Grab an old plastic bottle. (an old PET bottle from your last bottled water will work perfectly) Grab the cap and puncture a hole in the middle just enough for water to pass through. Like a pee hole! The goal here is to make the direction of water look as if you were peeing. So next thing you need to do is fill the bottle with water and test it by squeezing.

Once everything is all good, wait for the perfect timing that she will come to the place/room that you are in. Face a wall and start pretending to pee there. Make sure to face an angle where she wouldn’t see that a mere bottle is doing all the waterworks! This will surely freak her out! Just make sure to clean up and dry the area after, though! 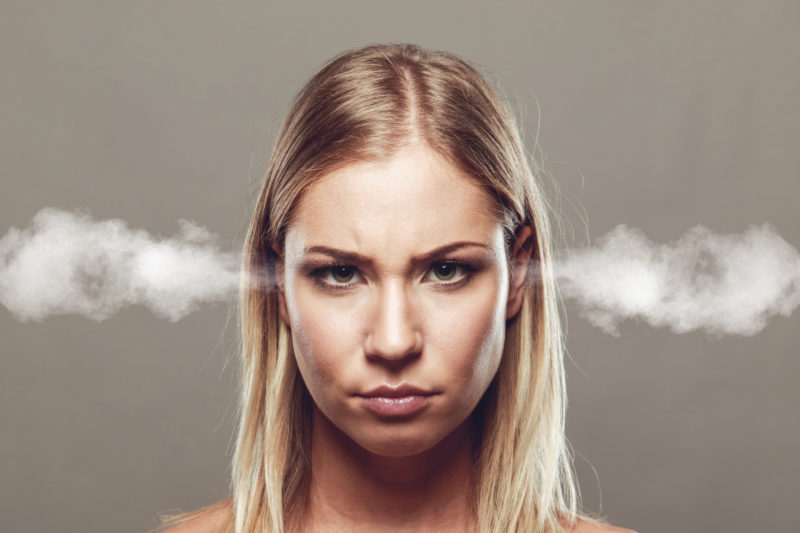 This is kind of sweet, but still, a good prank that you can do to your jealous-type girlfriend. If she borrows your laptop or your flash drive often, make it a point to leave a folder that names “Hot Girls.” Place it somewhere she wouldn’t see immediately but would surely notice.

It would help to put a password in it to increase the amount of intrigue once you have her exactly where you want (by that, we mean she’s already about to throw a fit because of jealousy); suddenly, open the folder to reveal pretty pictures of her and her only. It could genuinely melt her heart, and hey, you can have such a cute, wholesome laugh about it! It’s nice to see a loved one sleep. It’s like watching a baby angel in cotton clouds, all cute and fluffy – no matter how they look like. After enjoying this sight, take advantage of this time to draw in a place where they don’t usually notice – their elbows! Make sure they are sleeping soundly so you won’t wake them up! You can draw anything funny to you. Be creative! It might take a while before they notice it because it’s not an area that people normally check. It would be so funny, and it could last for days! 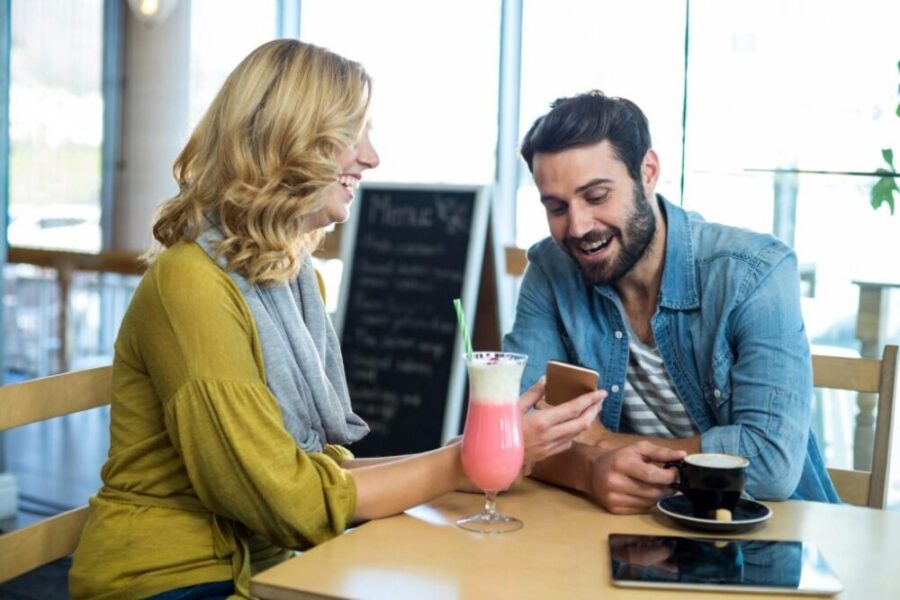 Do you know what a fun thing to do in the shower with your significant other is? No, not what you are thinking, you perv! We mean putting a creepy action figure right where they shower! It can be anything as long as it gives a wide-eyed expression. It’s better if you glue it in position so that they couldn’t remove it quickly. It’s going to make them so self-conscious when they shower; they might even beg you to remove it.

But you got to admit; it is a good one! If you don’t have any action figure available, a good set of googly eyes will do too! Now, you can be assured that they will be safe when they shower because someone else is watching them.

6. Grave in The Sand 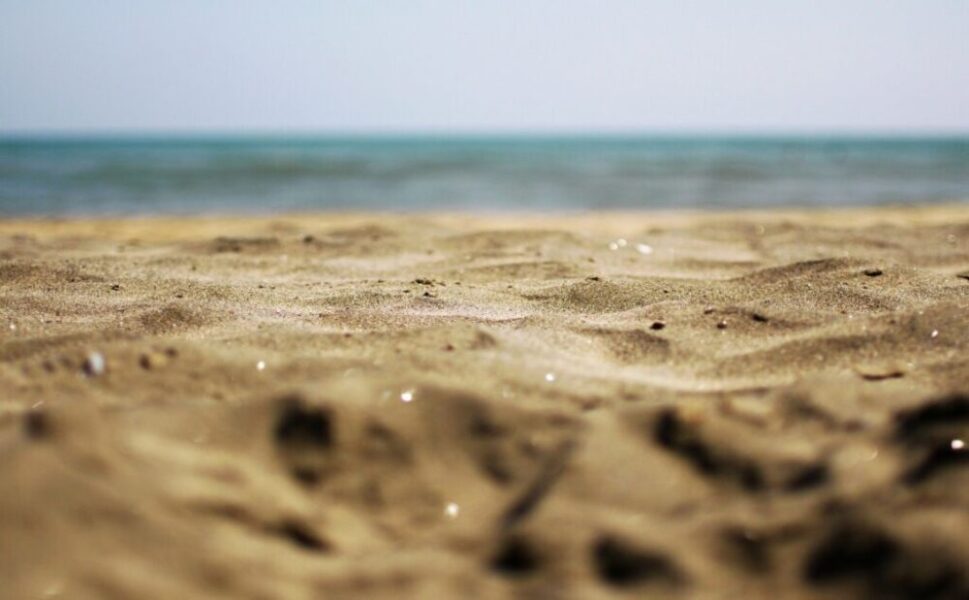 If you are going on a beach trip anytime soon and decide to bask under the bright, warm sun – then this is the perfect opportunity to pull this off! While you are at the sand, ask them a favor to make them go away for long, like getting your sunblock from your car or just anything! Just make an excuse for them to leave a few minutes.

Once they’re gone, dig an enormous hole right where they were lying down and cover it with the towel (or any cloth they were sitting on). Once they come back from that little “favor,” you asked them, and they’ll be falling into the literal pit of your surprise! Just make sure they are in a good mood before doing this, though! Because it’s not exactly a very light prank to take. But it’s fun and clever! 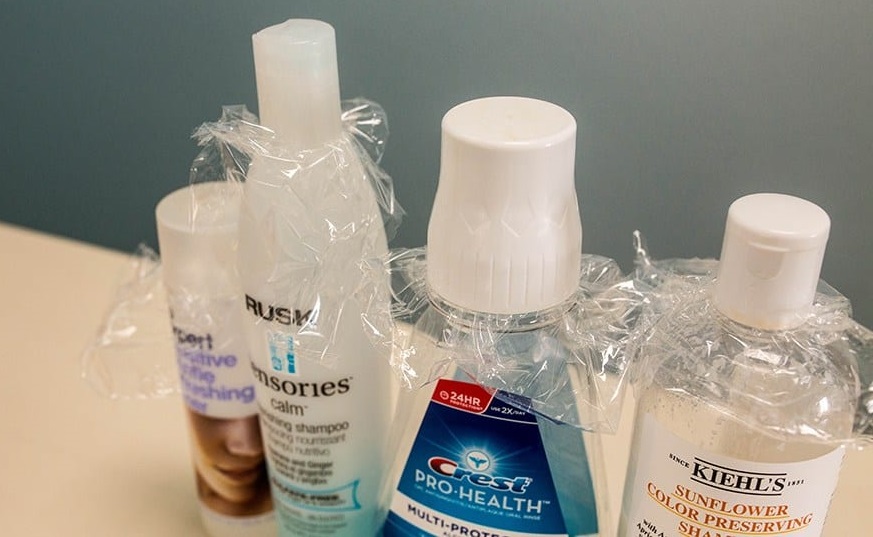 Another prank to do in the shower is to cover their shampoo in Saran Wrap. The wrap usually clings tightly to anything that it touches, so you might as well use this to mess with your boyfriend/girlfriend. Once they are in the shower, they would probably close their eyes when their face is wet.

(Unless you’re dating a goldfish) Typically, they would reach out to their shampoo bottle out of habit and try to open it as usual. It will confuse them as to why it is not opening until they realize that the bottle is sealed in plastic. More so, they couldn’t easily open it with their slippery and wet hands! How annoying! But that’s the point, isn’t it? 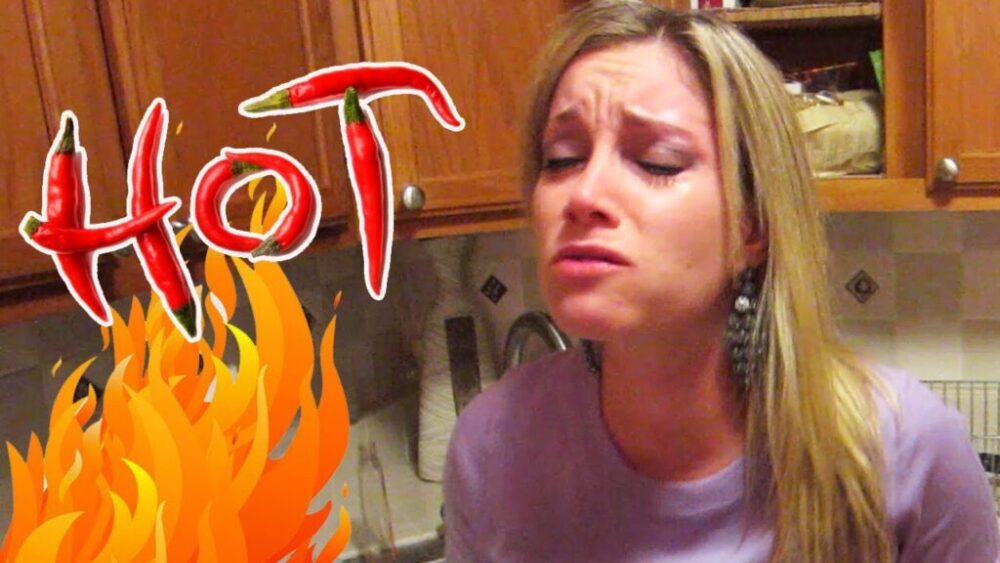 Ensure your significant other isn’t suffering from asthma or has some allergic reaction to hot sauce. If they don’t, you’re good to go! Be the sweet lover you are by handing them a drink with a mix of 40% soda and 60% hot sauce. This drink is perfect if they try to refresh themselves or wake up their senses. It will, but not in the way that they expect! 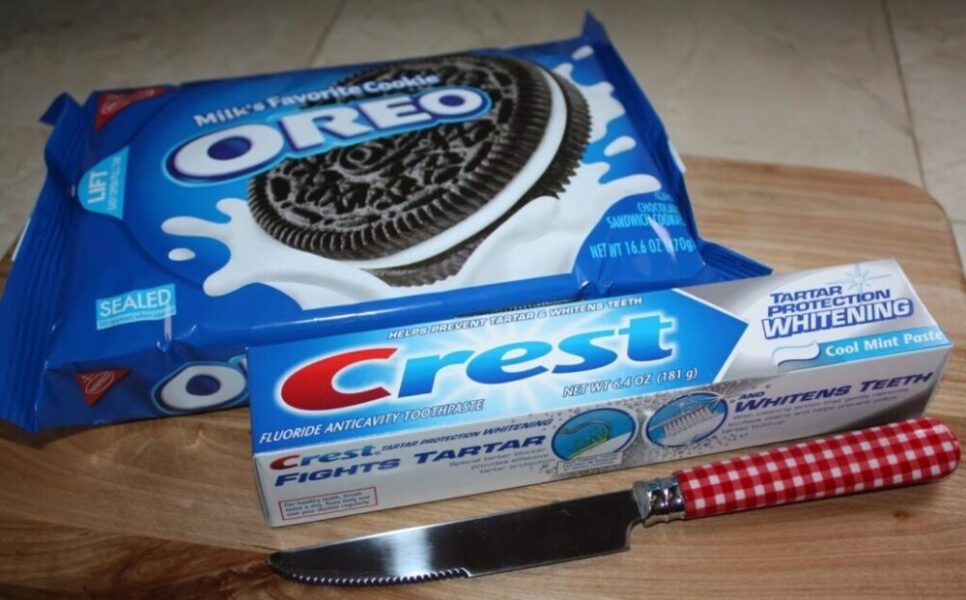 If your boyfriend/girlfriend tells you that they are hungry, be a good partner and prepare them a delicious snack! Grab a pack of classic Oreos, open it in half, scrape off the cream and replace it with a minty white toothpaste. After doing that, but the other side back as if nothing has changed.

Hand the snack to them like the sweet boyfriend/girlfriend you are and watch their expression as it changes from ravenous to surprised, confused, or even disgusted! Now that we think of it, Chocolate goes with mint anyway, so is it that bad? It’s for you to find out! 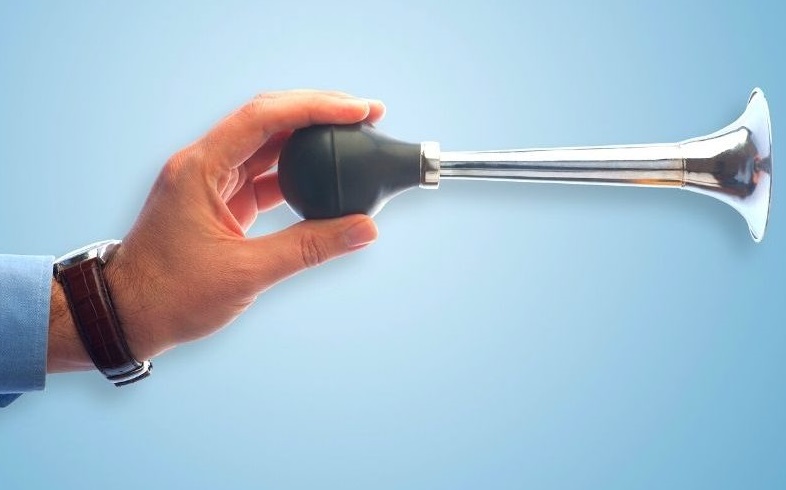 You can put air horns to anything, and it would still make a good prank. Why? Who wouldn’t be surprised by the loud and obnoxious sound it makes? No one we know! That’s why if you are living with someone and can do a bit of basic craftwork to attach the air horns to where they’re supposed to be, then you can consider getting one!

It’s a good investment if you want to get into pranks because you can use it for almost anything! You can attach it to the toilet seat to make a loud sound when your girlfriend/boyfriend sits on it, behind the door to give them a grand entrance, or even in mundane places like the hand rest of their chair. See how versatile it is? It’s worth it!

You can simply check tutorials online on how to attach them in places properly so you can pull off different pranks.  These are the ten fun things you can do to a significant other! Good relationships are always worth testing but make sure to make it up to them after messing with them! Maybe try to treat them to a good meal or get them a small gift. Good luck with your pranking and we hope you already found The One!

What Area of Toronto Has The Best Nightlife