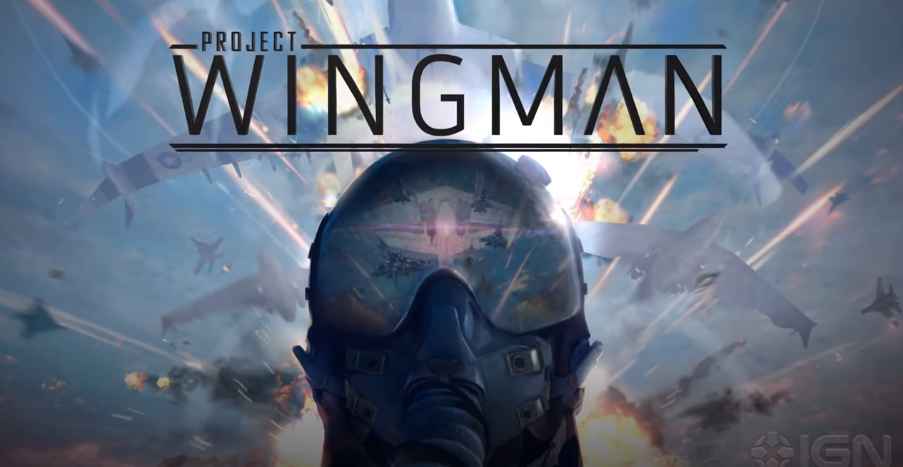 With a focus on improved and fine gameplay Project Wingman is a combat flight action game. With an engaging single-player experience, the is true-to-its-roots inspirations. Carefully designed for those who want a challenging flight action game with quick and fast-paced experience and aren’t just looking for a simple simulator experience with the ease of pick up and play.

Based on an alternate history of Earth Fly, strike, and Dogfight through different combat zones. Either to strike targets of opportunity in the Pacific Northwest, while diving through the Redwoods, attacking tanks in the brutal deserts of the Orient or fly over the cold waters of the Bering Strait, or, across the oceans, above the scarred lands of the world.  this war will take you from the exotic battlefield to going up against odds way above your pay grade.

A new demo of the Upcoming combat airforce simulator is also expected before the release. The demo shall be open to all to play and test the game. Players are requested to submit any kind of feedback for the Project Wingman developers to improve and/or remove any issue or bug with the game. Or If anything requires a minor tweak, that shall also be done.

The Release date of Project Wingman is set to be in early 2022. It is reported that the team comprises of little number of dedicated team members so the scope of the game shall be limited.

Unfortunately, there is no news for the multiplayer co-op mode for the game. So far, this is a bummer because all of the games feature a multiplayer mode for the game and it is quite an attraction to play together in one game against each other. But this game Just seems to be featuring a Player Vs Enemy mode.

Other than the single-player campaign, Conquest Mode is also there in Project Wingman. where players must capture various territories while defeating enemy squadrons and bosses and in one hell swoop, This unique gameplay experience draws elements from roguelikes and RPGs,. allowing for more strategic play, Earn enough money to upgrade and building up an army, as well as to take down waves of enemies at the same time.

So far there is no confirmation on the price of the game whatsoever. It might be released later sometimes, closer to the release of Project Wingman.

The Game is planned to be for PC only. However, this is not all. The developers of the game shall observe the reaction and sales of the game and then further decide whether they should release for other platforms or not.

One exciting thing about the game is that it is designed for VR technology from the start. It is encouraged to play this game with the VR headset to fully enjoy the features it provides. Otherwise, the non-VR players shall also have the exact same content for the game.

in Project Wingman, There are a ton of other features as well. with HOTAS compatibility and re bindable controls built in to modify the game, Sector D2 promises that the game controls are highly customizable, just according to your liking.

What do you think about this new combat aviator simulator? Would you be picking this up? Loosen your wallets and get ready for its release in 2022. Let Us know in the comments.