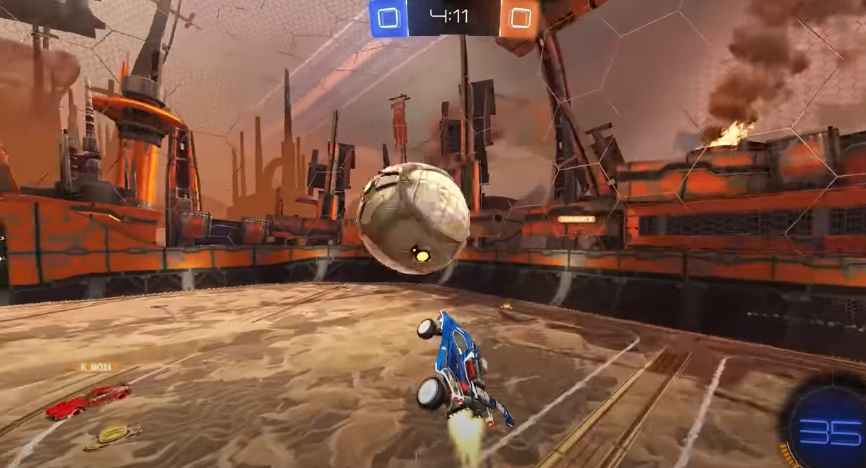 Epic Car Crashing-Soccer Game Rocket League Is Going To Be Free-To-Play, That Too Without PS+ Or Switch Online

Get ready in mid-September as Psyonix prepares to launch the famous cars-soccer game Rocket League as a free-to-play game. This shall be done through a major upcoming update.

While keeping entirely in line with each platform’s policy about the free to play games, This is, of course, how it was supposed to be.

At the start of the generation, for ensuring that free-to-play doesn’t require a PlayStation+ subscription, Sony clearly made an exception, in order to let people hop online and play, and Nintendo followed the same path and launched Nintendo Switch Online.

However, Microsoft has had a different approach for its online play, it has been regular in requiring Xbox Live Gold subscriptions. Let us all hope that the company reconsiders this policy before releasing the next-generation consoles.

In addition to this, the Rocket ID which is in-game’s friends’ list, shall get merged into the Epic Friends system, after the update. This will transfer them over to Epic’s unified cross-platform multiplayer system.

The developer, In this blog post, said, that the team wanted, when picking up the Rocket League for the first time, the new players get to have the best possible experience.

Other than this, the details about the New ranks that are coming to the Rocket League are also discussed in the blog.

Last year, Psyonix was bought by Epic Games bought, it is due to this that we are getting this game as free.

Unifying all the schedule of Competitive Tournaments, Seasons, and Rocket Pass throughout the game, The update shall completely overhaul the challenges in the game and the tournaments. Season 1 shall be starting as the free-to-play when the update goes live.

Newcomers shall be welcomed with a new tutorial that will teach them about the basics such as button layout, HUD. They shall also be able to unlock items that were a part of the paid version of the game by completing New Driver Challenges.

Whereas, Existing players will compete for the new ranks that the game will offer. ‘Supersonic Legend’ is going to be the new highest competitive rank.

when it comes to subscriptions, Nintendo and Sony usually make exceptions for free-to-play games, hence the news hasn’t been such a huge surprise overall.

In the next couple of weeks, Rocket League updates are expected to drop, with the launch of free-to-play coming shortly after.

So are you excited to score some epic goals with your favorite speed racer in a match?

Would you be downloading this game? Let us know in the comments.

It is Rumored That Super Mario Remaster Has Been Delayed
Fall Guys Is Getting A Hammer Named Big Yeetus In A New Update!