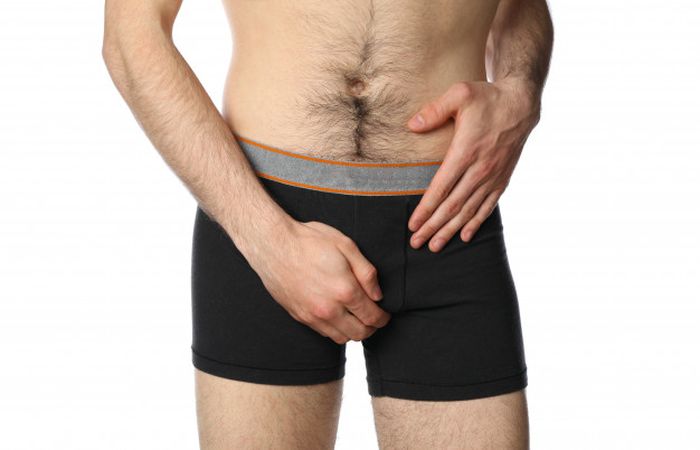 How to Prevent Sweat, Odor and Chafing ‘Down There’ – 2021 Guide

Guys know how hard it can be to manage body odor. But more so than other parts, it can be a problem when sweating “down there”.

There are dozens of reasons why this happens. Physical activity is probably the number one reason, while personal hygiene comes at a close second.

But we’re not here to discuss why men sweat or what causes bad odors and ultimately, chafing.

We’re here to discuss the many ways how to prevent it. So if you’re having problems “down there” then this is the article for you. With all that said, let’s start. 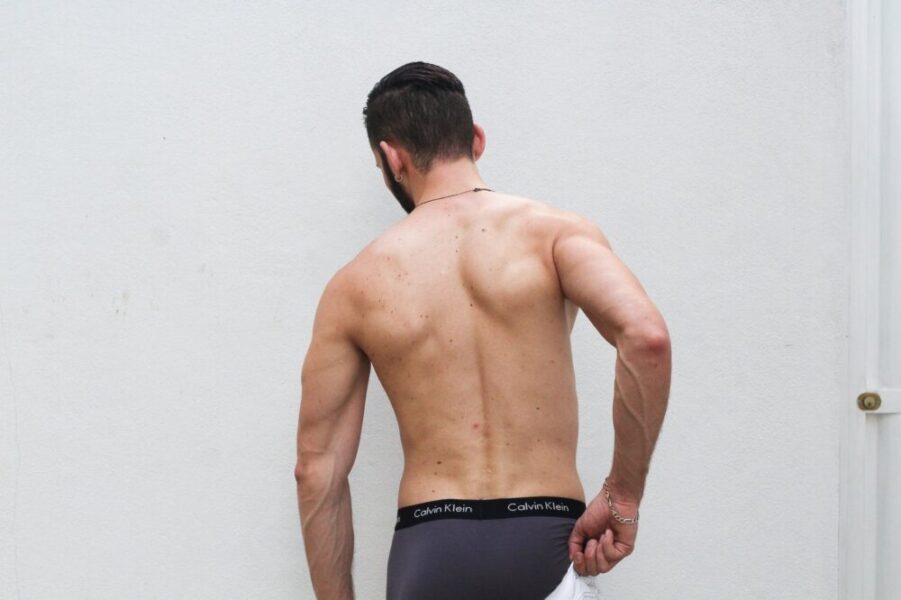 When it comes to underwear, it’s safe to say that there is more than one option in terms of material. For men that frequently sweat and are very uncomfortable with bad odors, cotton presents itself as the best option.

But that doesn’t mean it’s the best. A close contender and one that can seriously challenge cotton for the ultimate underwear material is microfiber. Where microfiber excels is in the area of ventilation. This also happened to be something that cotton is very poor.

Ventilation in underwear is important because it removes odors and ultimately prevents air from turning into sweat through time. While the solution isn’t full-proof, it still helps none the less.

Microfiber is also a material deemed to be anti-microbial. 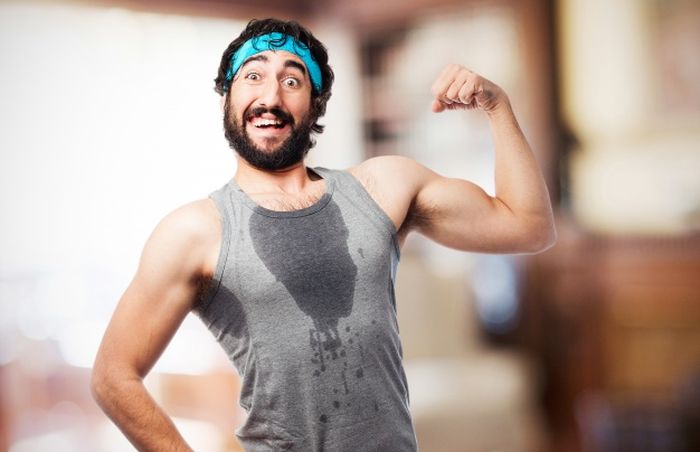 The crotch area can be a very messy place. Not only can poor ventilation cause all sorts of problems, but itching is a very frequent occurrence. It is also highly uncomfortable in certain situations. Imagine you’re on a date and constantly having to itch.

While the problem can be hard to deal with, it’s not impossible. One of the first products that came on the market was antifungal cream. This product has come a long way and can now even deal with bad odors.

Perhaps you should consider getting antifungal cream if you’re constantly itching or scratching down there. 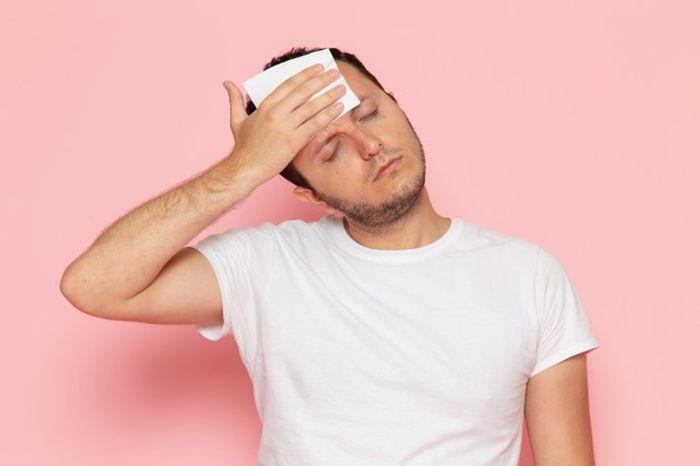 Men tend to sweat a lot more than women. And while there is no shame in it, things can get rather messy sometimes. Thus, a solution that will absorb the moisture will definitely come in handy or at least solve one of the issues.

For that, we can use a moisture-absorbing powder that will keep it nice and dry down there. The less we sweat the less bad odors accumulate and that leads to fewer infections and chafing.

So you might solve all your problems by simply focusing on what causes them.

When it comes to choosing the right moisture-absorbing powder, there are two choices. Those are talcum and starch-based.

These two formulas work differently and have different properties, with many finding it difficult to pinpoint which works best. But regardless of the type of moisture-absorbing powder, it’s important to find a reliable seller that has the right product for you.

If you’re interested in finding out more about that, then make sure to visit chassisformen.com. 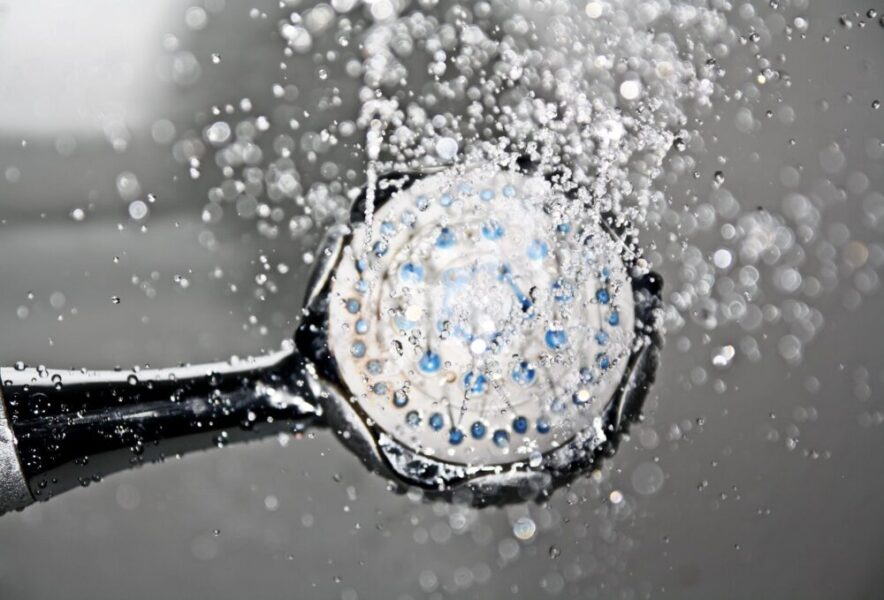 The most natural solution for bad odors, sweating, and chafing is to simply shower regularly and always after a workout. These problems can be caused due to poor hygiene.

Hitting the gym and not showering afterward can be a recipe for disaster. The golden rule is to always shower after getting sweaty.

This means you should shower after doing physical activities such as hitting the gym or playing football. If you let the sweat sit on your body, then it can create bad odors, infections, and chafing.

Sweat ultimately creates an environment where bacteria live. Not only that, but your underwear or gym shorts are the places where the bacteria will migrate almost instantly.

So wearing the same underwear or gym shorts after a workout or doing an activity can cause all sorts of problems. 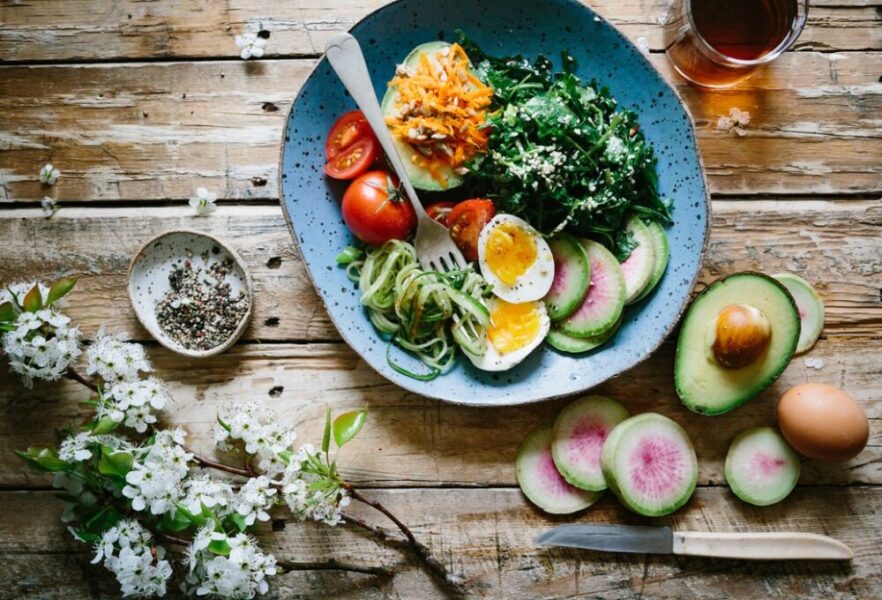 This might come as a surprise to some of you, but your diet plays a key role in how you smell. And when you start sweating, your sweat will smell exactly like the food you consume.

Food doesn’t only impact the way you breathe or armpits smell; it also dictates how your crotch area smells.

The foods that mostly play a hand in creating a bad smell are junk foods. Eating a lot of junk food can cause all sorts of problems. Not only does junk food get you fat, but it also gets you very smelly.

If you want to fundamentally change the way it smells down there, then you need to cut back on processed foods.

It goes without saying that having a bushy crotch makes the problem even bigger for guys. Not only do we sweat more on average, but pubic hair only enhances the problem. Pubic hair is like a jungle. And everyone knows that all sorts of insects live in the jungle.

If you don’t shave down there, then you’re making it very easy for bacteria, fungi, and all sorts of things to call it home. Shaving, trimming, and grooming can go a long way in helping you solve this problem.

And do know that there are plenty of tools that can help you with this problem. From electric, cordless trimmers that are specially designed for it, to getting in between the areas with a safety razor, there are countless ways to eliminate pubic hair.

You have to do everything you can to make the area as smooth and soft as possible. Thus, every guy should and must groom the pubic area.

Everyone sweats and smells down there. While it is impossible to eliminate bad odors and sweat, we can do things to negate its effects. We can do things that make us sweat less often or that our sweat doesn’t smell so bad.

We can also do things to prevent making the crotch area the perfect environment for bacteria and fungi.

To do all that, make sure to follow through with some of our tips as they are proven to work for every guy out there.