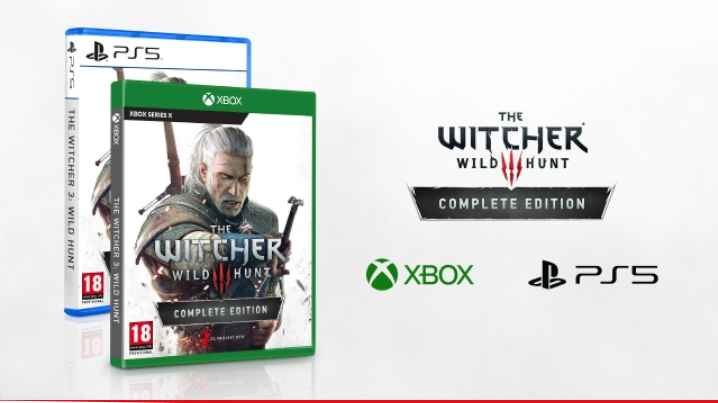 CD Projekt Red has made an exciting announcement that the users who already own the epic RPG The Witcher 3: Wild Hunt can get the next-gen version of the game for free that will be coming to Xbox Series X and PS5.

As of now, it is unconfirmed that exactly when the new version shall be releasing for the next-gen consoles, but anyways, this new iteration will likely become the definitive way to experience Wild Hunt whenever it arrives.

You might be wondering about exactly what kind of new changes shall be featured in the new version.

To answer that, CD Projekt Red taken to the official website to provide details of the game. According to them, the game is being developed to completely utilize the potential of powerful gaming hardware. This new version of the game will feature much better graphics and technical improvements such as faster loading times due to SSDs plus other next-gen features such as ray tracing.

The new features shall be applicable across the base game, both expansions i.e. Hearts of Stone and Blood and Wine, and all extra content

After reading this information, one can be sure that such changes will also be coming for PC in the form of an update sometimes soon perhaps.

The Witcher 3: Wild Hunt features an adventure with its rich gripping story and the world-building feature is one of this generation’s most loved role-playing games.

If you’re someone who doesn’t already own the game, then for you The Witcher 3: Wild Hunt will release as a standalone purchase. This applies to all platforms i.e. for, PlayStation 5, Xbox Series X, and PC, But if you already own the game for any current-gen platform, then you shall get the update for free.

As you might know, there are some complications for upgrades to next-gen with some games such as Control, However, with Witcher, this offer applies to all versions of The Witcher 3 available for purchase. This shall work for whatever version of the game you own, and not just complete edition.

With the studio surely working hard on final tweaks for Cyberpunk 2077 for its drop date of November 19, 2020, There is no surprise that this improved version will drop in 2021.

Much like The Witcher 3, a much better-improved version of the exciting adventure shall also be there on next-gen consoles, but it will be coming sometime late right after the first launch.

This game The Witcher 3: Wild Hunt has been a huge financial success for the developer. The game was originally released in 2015.

Are you a fan of this famous Open world RPG the witcher 3 wild hunt? It is advised that if you don’t already own the game then you should get a copy for it immediately in order to get the free version for the next-gen consoles. You definitely don’t wanna miss that if you’re a big fan.

Tell us how you feel about this in the comments section below and share this article with your friends!