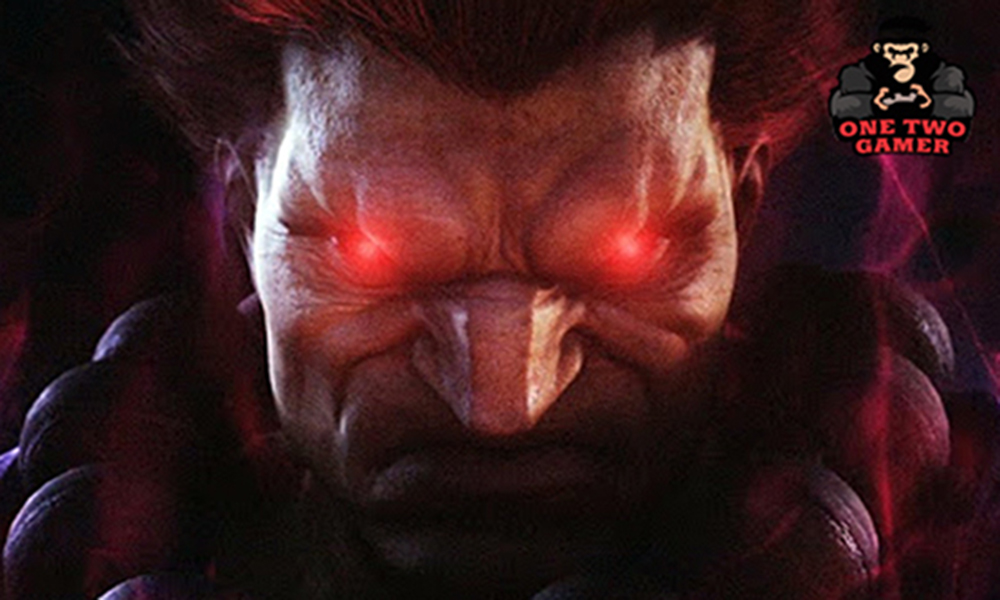 Akuma aka Gouki is a major contender in the Street Fighter series and UDON Comics. Akuma makes his licensed guest appearance in Tekken 7. He is known for his immense power with Satsui no Hadō. Akuma conflicted with his brother Gouken multiple times. He is the killer of their master Goutetsu when he finds out that his father had exploited Satsui no Hadō.

Akuma is a proud, serious and irked character. He is very brutal and has a concrete fighting spirit. He trains himself all the time. He loves to fight warriors who are extremely strong and have the potential to kill. He loves to get stronger all the time. He is a very independent character and strong enough to have no companion by his side in fights.

However, in Tekken 7, he shows an unexpected sign of kindness as he cared for Kazumi Mishima because she treated Akuma’s injuries before she dies at the hands of her husband. He promises Kazumi that he will make the killing of Heihachi and Kazuya his foremost priority. When Heihachi dies, he fixes his focus on the eradication of Kazuya and his devil.

In Tekken 7, Akuma watches from a distance when an air raid destroys the entire city after Heihachi recoups the Mishima Zaibatsu. He then moves on to oppose his target at the Mishima Dojo, but they get sporadic when Kazuya sends Jack-6 army. Then they have to join the army for the time being in order to destroy the blitz of robots. He then reveals himself in front of Heihachi and tells him that he has vowed to kill Kazumi’s husband and son. Heihachi inquiries about his long wait before attacking him. Akuma replies that he was waiting for him to get strong. Akuma then kills Heihachi and abolishes Mishima Dojo.

Akuma then moves on to the top tower of G Corporation to confront Kazuya. While getting the lead in the fight and forcing Kazuya to transform to the Devil, he is interrupted by Heihachi who had survived the attack and faked his death. While Mishima Zaibatsu’s CEO destroys the G Corporation tower by firing a powerful laser from the satellite.

However, Akuma survives this attack and another fight happens between Kazuya and him after he has killed Heihachi. Kazuya transforms into his devil form and Akuma steps into this intense fight. the most conspicuous point comes when Akuma fires a Hadoken at the devil beam attack from Kazuya. The resolution of the fight is unknown.

Akuma, being originated from Street Fighter Series, has his fighting styles stemming from it. the characteristic fighting style of Akuma includes the Gohadoken, the Goshoryuken, and Tatsumaki Zankukyaku. Plus, his unique moves include Zanku Hadoken, Ashura Senku, and Tenma Kuijnkyaku. Akuma also possesses a power crush while he does not have rage drive. In the place of that, he is administered by a bottom bar at the screen which can be used to enhance his moves. His Super Combo is also a powerful version of Messatsu Gohado.

Akuma is a practitioner of an unknown type of Ansatsuken as his fighting style. Ansatsuken has the origins of killing art. Satsui no Hado has been utilized as its instigating style.

When Satsui no Hado takes over Akuma, he reaches to the borderline godhood. This state is called Oni.

Akuma wears a dim dark karate gi, comparable in style to those well used by both Ryu and Ken. He either wears dark-colored training gauntlets or wraps his hands with white rope, darker shoes and wears his deceased masterGoutetsu’s petition globules around his neck, with a dark “heaven” (天, ten) kanji vivid on the inside dab. 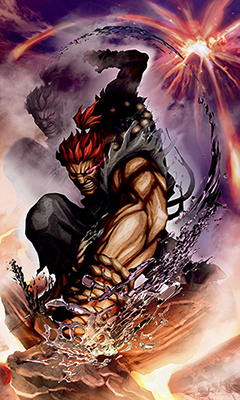 Akuma’s Swap Costume is Heihachi’s Player 1 outfit from Tekken 4, which is a white adjusted fundoshi alongside both the hand and foot wraps and the rope from his essential outfit. Akuma’s hair likewise increases additional white spikes on every side of his head. 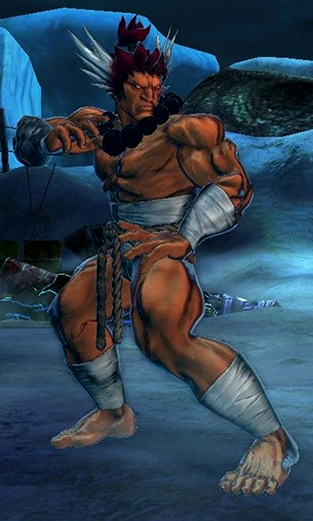 Akuma wears his essential outfit and gets dim dark colored Genji reinforcement and greaves, adorned with two red lines running down each side, to cover his karate gi. He additionally has two banners finished with wicked images on each side. He additionally wears a dark half-veil to cover his mouth and white and red wristbands with a darker trim to coordinate his outfit. He never again wears shoes, rather battling shoeless while wearing this outfit. 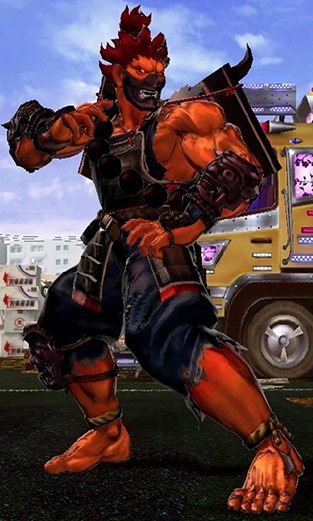 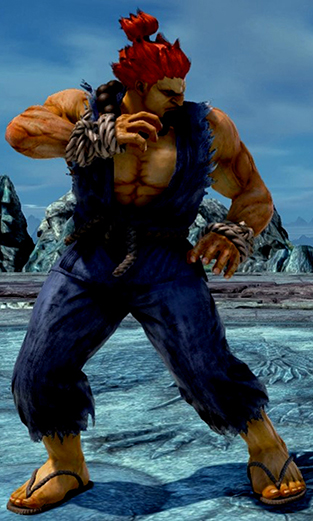 A palette swap of his Player 1 outfit, Akuma’sgi is now red and the folds over his hands are currently dark-colored rather than white.

His customizations are equivalent to the other male characters, however, he can likewise be tweaked with muscle shirts as a major aspect of his easygoing clothing, a divine being warrior and one of his hidden structures in Pocket Fighter in various hues and plans, which is his Japanese Fortune teller clothing. He can likewise be altered to wear his Swap Costume from Street Fighter X Tekken, which is a white adjusted fundoshi as initially worn by Heihachi in Tekken 4, yet without the foot wraps and the white pointed streaks on his head. 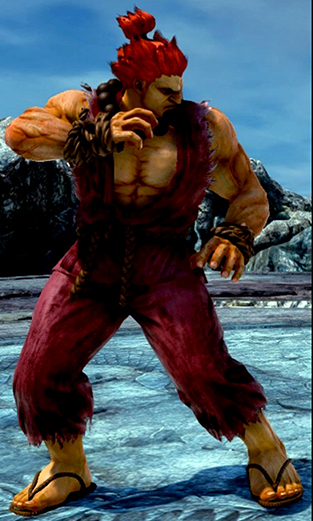 Relationships with other characters:

Kazuya Mishima – His other objective in Tekken 7. Their first battle is hindered by Heihachi, and the result of their subsequent fight is at present obscure.

Heihachi Mishima – one of his targets in Tekken 7. Defeats and almost murders him.

Kazumi Mishima – She saves his life at one point and later endowed him with the errand of murdering Heihachi and Kazuya Mishima before the occasions of Tekken.

Ogre – His opponent in Street Fighter X Tekken (non-standard, alternate progression that is a part of Namco X Capcom arrangement). Akuma looks at Ogre as a “pathetic welp” and just wishes to see the creature demonstrate its value to him through fight.

He makes his debut in Tekken 7.