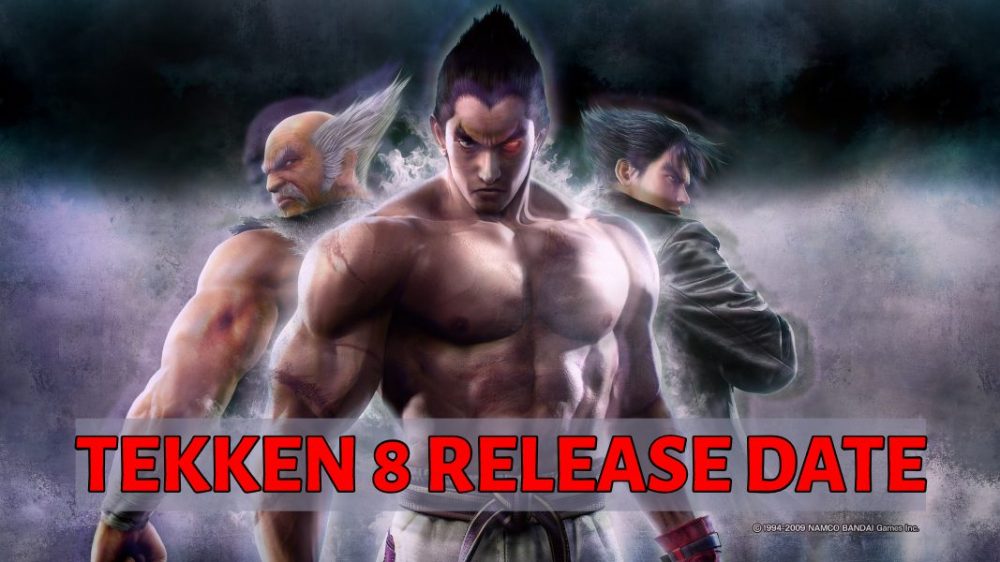 It has been nearly 3 years since Tekken 7 was first released back in 2015 and was quickly acclaimed as one of the biggest fighting game franchises of all time having 3,000,000 + sales till now. Although, it was not perceived as one the most impactful series as compared to its predecessor, the Tekken 7 still managed to bring out a solid, well-polished, button mashing, adrenaline rushing fighting experience. Well, not only that but along with it, it extended a character roster and a couple of added mechanics to make it a bit more accessible to both professionals and newbies.

As of now, we all are waiting for the next iteration of this legendary game. How long will we have to wait for Tekken 8, and what exactly should we expect from the new title? Want to find out? Well, you need to keep reading until the end then.

It gets very annoying that there has been no affirmed Tekken 8 release date when it would be out, and sadly, there is no trailer for it as well. Yes, Tekken 7 ended with a lot of mystery that has shown the fans that the Tekken 8 release may occur. When? We don’t know.

Despite the fact that the Tekken 7 was quite short and hazardous, it still somehow demonstrated to all the fans around the world where the story would be heading in Tekken 8.

Have you seen the secret ending of Tekken 7? This might be the closest thing so far we have seen that may predict the Tekken 8 release. This secret ending in Tekken 7 can be seen by beating the 14thchapter of the main story mode. After the ending credits wrap up you’ll be greeted with a cut scene that features Alisa, Leo, and Lars who are standing on the top of a blemished building. They all are mournful about the world’s fate upon the demise of Heihachi at the hands of Kazuya.

All of them are joined by Jin, who told them about his intention is now to kill Kazuya and a halt to the conflict amid the Mishima Zaibatsu and the infamous G Corporation.

Although the Bandai Namco, the official producers of the Tekken Series have not yet announced an official release date, we all have to stay patient and wait for more news. Apart from that, the good news that the gaming engine, the main storyline, and the mechanics have already been placed into the making of the next series. So, it is just about a couple of months that the producers will use the assets to speed up the process and put our wait to an end.

As mentioned above, we still have to see an official trailer for Tekken 8. We got to see a teaser after the credits the Tekken 7. We have a bit of idea as to what we should be expecting from the next game until then we have to wait for new Tekken release date.

Apart from the unofficial speculations, which literally means nothing, there is almost nothing of the implication that ought to be uncovered by anyone. There are a lot of rumors going on that Heihachi might come back somehow. Well, if he does come back we hope to see him play a significant role in the battle between Jin and Kazuya.

To be honest, thinking about Tekken without Heihachi in it seems kind of boring. And removing him from the legendary fighting game. The Tekken fans have not still come to terms with yet. We still hope that he is reincarnated as the devil of maybe as an angel. Nonetheless, this is just a wild theory from the public and fans from all around the world.

Frankly speaking, it is going to be a very long wait until we find out an official trailer release date of the Tekken 8. So, all you guys need to do is wait and wait until we hear from the official producers.

We will update this article periodically to keep you posted on any further updates on Tekken 8.